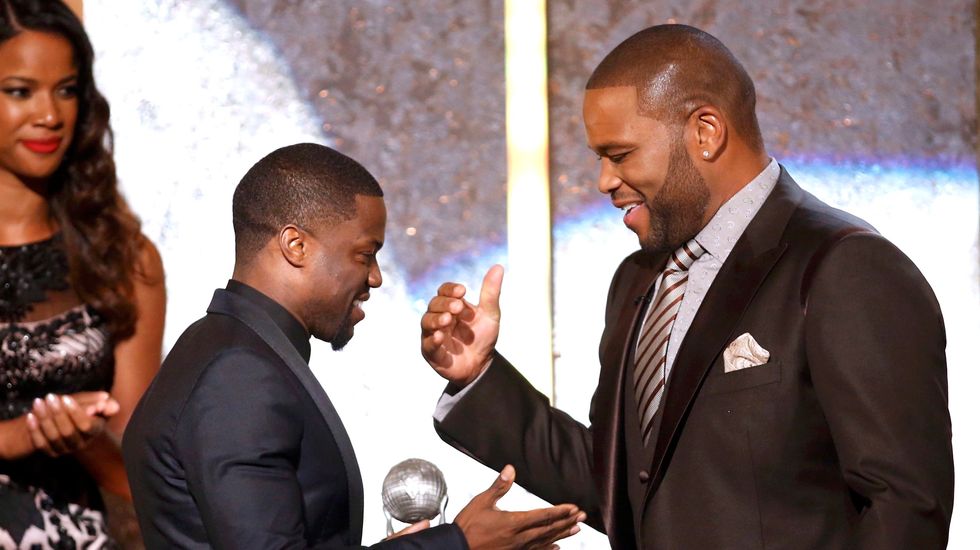 Comedian and actor Kevin Hart won the coveted Entertainer of the Year at the NAACP Image Awards on Saturday, while Oscar-winning actor Forest Whitaker was honored with awards for both his career and his latest role as a White House butler.

One week before the Academy Awards, one of the frontrunners for best picture "12 Years a Slave" won the best motion picture award for the real-life story of an American slave, while newcomer Lupita Nyong'o won best supporting actress for her first film role in the brutal drama.

The Image Awards organized by the National Association for the Advancement of Colored People are considered the top entertainment honors from an African American point of view and brought together a star-studded crowd that included talk show host and media magnate Oprah Winfrey, British actor Idris Elba and actress Kerry Washington.

Many award winners and presenters made note of the strong year for film based on African American themes and acclaimed performances from black actors, from both the United States and the United Kingdom.

The NAACP paid tribute to the late South African president and anti-apartheid leader Nelson Mandela with a presentation from Winfrey, who opened a girls school in South Africa to honor the statesman, and a musical performance by Stevie Wonder.

The 34-year-old Hart won the most coveted award of the night in a year that has seen the Philadelphia native's career take off.

He is currently starring in the films "Ride Along" and "About Last Night." He also stars as himself in "Real Husbands of Hollywood," for which he won best actor in a comedy series, while the show won the award for best TV comedy.

"I am on my toes right now," joked Hart, who stands just 5 foot, 4 inches, as he collected the top award.

"Right now I am working hard towards my own dream and the fact that that dream is becoming reality is unreal," he said.

Whitaker, 52, was honored with the NAACP chairman's award for his acting career and work as an advocate for peace in some of the most violent places in the world, such as South Sudan and Tijuana, Mexico.

"All I have tried to do in my life and my work is deepen my connection with humanity," said Whitaker, who won an Academy Award for best actor in 2007 for his role as the Ugandan dictator Idi Amin in "The Last King of Scotland."

Whitaker also won the award for best actor in a motion picture for his role as a butler who serves in the White House over decades and is witness to the historic gains in civil rights in "Lee Daniels' The Butler."

Whitaker is also a film producer and his independent drama "Fruitvale Station" won the NAACP award for best independent film.

In other top film acting categories, Angela Bassett won best actress for her role in "Black Nativity," while David Oyelowo won best supporting actor as the civil rights worker and son of the butler in "Lee Daniels' The Butler."

The Kenyan actress Nyong'o, who is a favorite to win the best supporting actress Oscar on Hollywood's biggest night on March 2, said "12 Years a Slave" has inspired a discourse on slavery "long overdue."

"It's been an historical year for film for all of us in this room and I feel so proud to be a part of that history," she said.