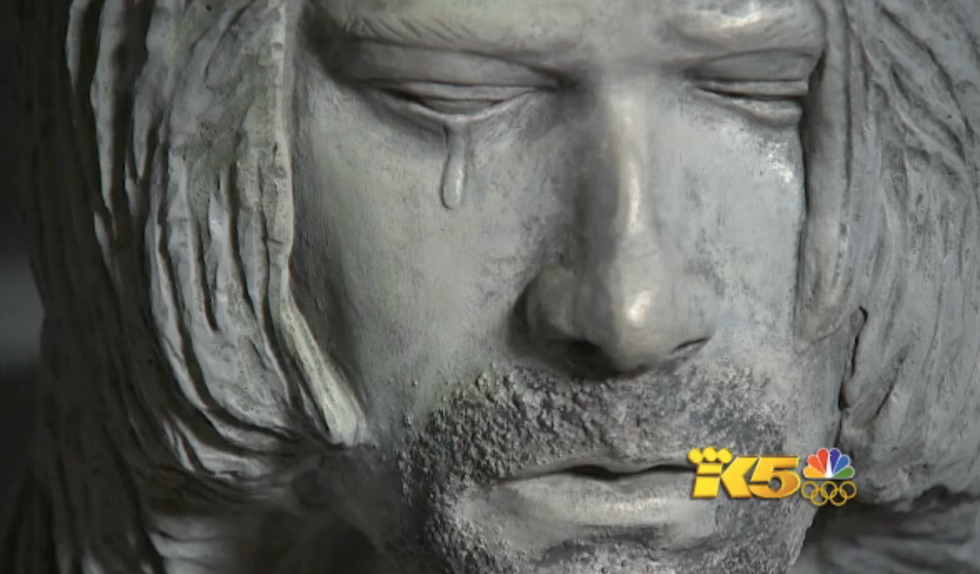 Kurt Cobain's home town of Aberdeen, Washington is honoring the late rock star by unveiling a statue of him and proclaiming February 20 -- Cobain's birthday -- "Kurt Cobain Day." Spin.com reported on the ceremonies, which took place on Thursday afternoon.

According to Spin, Cobain "was arrested in the town, never spoke too kindly of it, and, um, wasn't the most wholesome figure."

On the occasion of what would have been Cobain's 47th birthday, Aberdeen debuted the statue, which portrays the singer with a tear running down his cheek. Mayor Bill Simpson told Seattle's King 5 News that the town's goal is to become "the next Graceland" and establish itself as a Nirvana tourism destination.

A delegation consisting of Cobain's first guitar teacher, one of Nirvana's early drummers, and the statue's artist, Randi Hubbard were on hand for the unveiling.

Cobain committed suicide in 1994 after struggling with heroin addiction and depression. He was survived by widow Courtney Love and their daughter Frances Bean Cobain.