Anonymous has a new video, and Anonymous is not thrilled 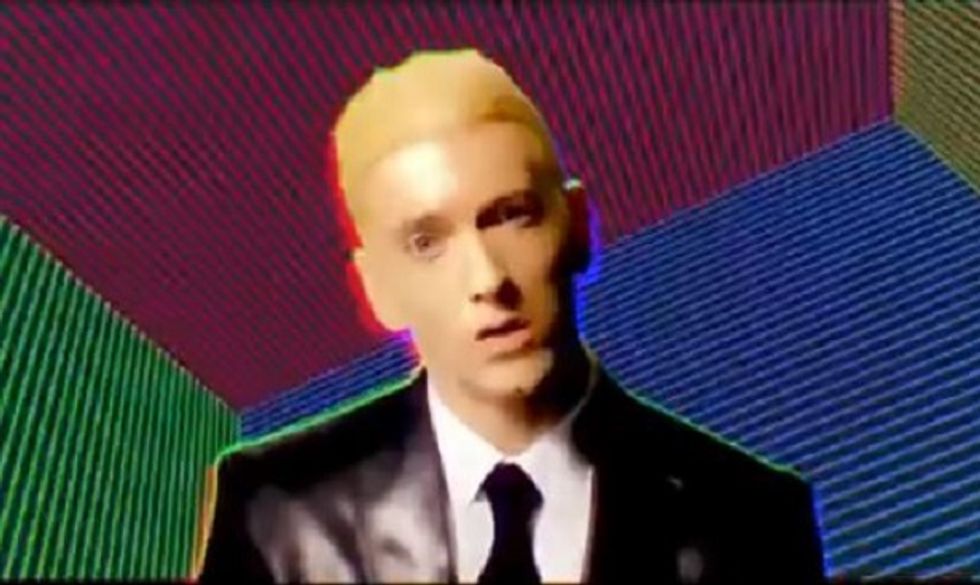 Here's the thing about Anonymous. Because it insists it is a nebulous, leaderless collective and doesn't have "members," when it does something, it can be hard to tell if it's something that most or even many of its regular participants approve of or even know about.

Today was a good example of that. A new video suddenly emerged that features a smart and funny mashup of Eminem, Ice Cube, and Korn, and pokes fun at President Obama, Justin Bieber, Miley Cyrus, Rob Ford, and the mainstream political culture in general.

Throughout the video, there's a promise that a "Wave of Action" is coming April 4, and will take place at "former occupied sites" -- a reference that suggests Zuccotti Park and other Occupy places will see new protests.

Or will they? We noticed that there was a pretty underwhelming response to the video over at WhyWeProtest.net, the online home of Project Chanology -- the Anonymous wing that protests Scientology.

And when we brought up the video with an Anon who was in on the hacktivist collective from its beginning, we got a dismissive response.

OK, so first reaction? It's f*cking ridiculous. Wave of what? What kind of action? I think this is a very good symbol of how easy it is to invoke the anonymous "spirit" without actually having learned any of the principles that anon learned. Anon was about easy, concrete actions everyone could take. "Send these pages of black faxes to these numbers," "DDoS these IPs," and then later, "wear masks and show up at this spot." And I understand that they've made this website for people to sign up and create events, but they don't make that clear enough. This just looks like a really good collaboration from a few artists, with some weird stuff about transcending...something, I'm still not sure what. It doesn't really say Anonymous to me at all, and I doubt it will have the effect that they wanted it to have.

Well, but the video is still fun to watch. And here, give it a look for yourself...