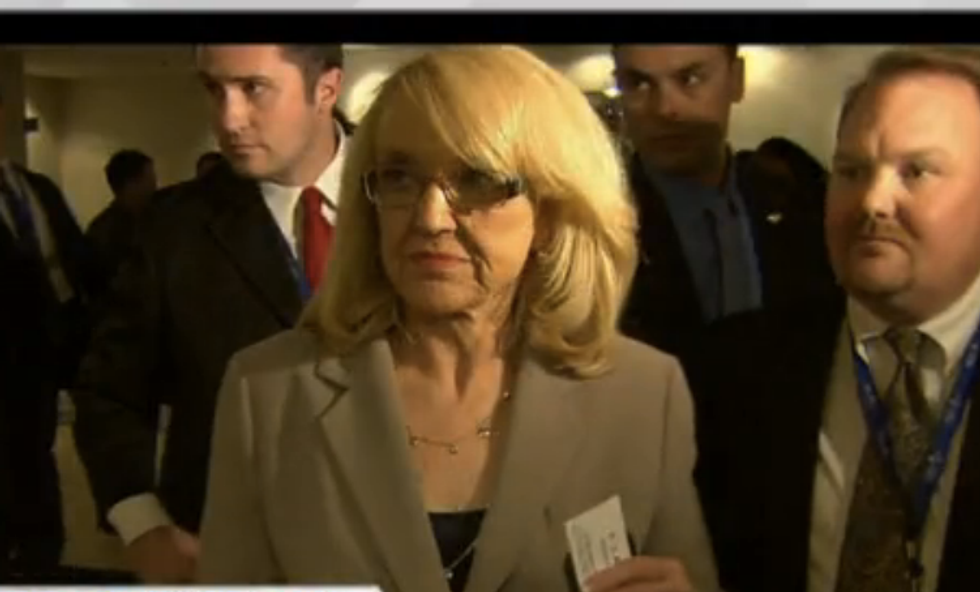 On Tuesday's edition of "The Rachel Maddow Show," Maddow discussed the growing backlash against anti-LGBT "Turn Away the Gays" laws that have sprung up across the country. She talked about the massive companies -- including Apple and Delta Airlines -- that have warned the state of Arizona that they will take their business elsewhere if Gov. Jan Brewer (R) signs that state's so-called "religious freedom" bill into law.

Maddow pointed out that even some Republicans in Arizona now oppose the bill that they created. Gov. Brewer, she said, has until Saturday to decide whether or not she will veto the bill.

"Ten years ago," she said, "there was not Republican-on-Republican fighting in this issue." In 2004, President George W. Bush's re-election team rode the issue of a constitutional amendment banning same-sex marriage right into a second term.

Now, however, the Republican Party's shrill opposition to LGBT people is proving to be a public relations disaster.

Arizona's senior Sen. John McCain (R)told Politico, "I know that the entire business community is galvanized, in a way that I’ve never seen, against this legislation.”

“I hope she moves quickly,” Flake said. “I just don’t see any reason to wait.”

Watch video about this story, embedded in two parts, below: