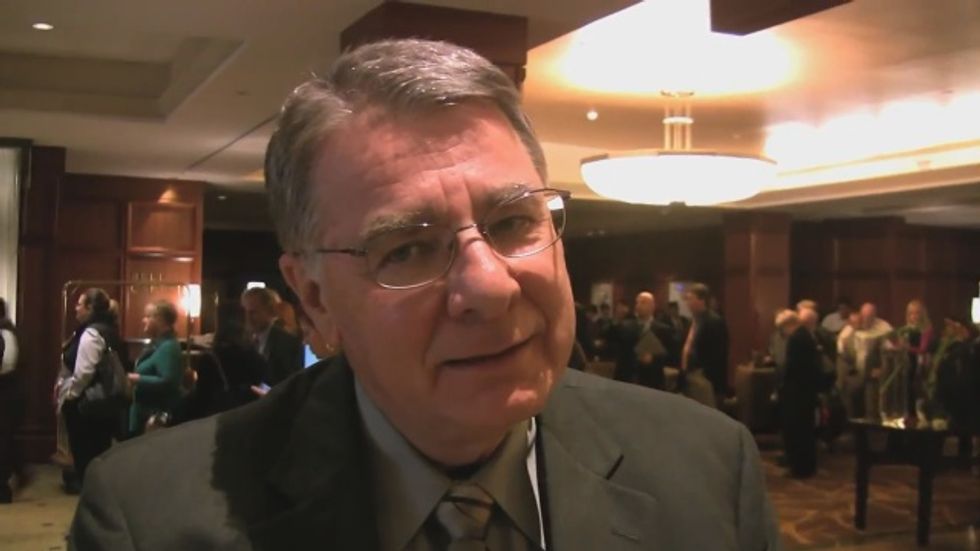 The Republican-dominated Arizona state Senate passed a bill on Wednesday designed to provide legal cover for businesses that refuse to serve LGBT people.

KPHO in Phoenix reported that bill sponsor Sen. Steve Yarbrough (R) claims that the legislation protects the "religious freedom" of private business owners, but critics of the measure say that conservatives are attempting to codify bigotry into law.

Yarbrough proposed an earlier draft of the bill in January, but legal experts warned that as written, the bill could potentially discriminate against single women and individuals who do not practice the Christian faith.

Across the country, same-sex couples are gaining the right to marry. Alarmed that same-sex couples will attempt to pay them to practice their professions, Christian bakers, wedding photographers, florists and other professionals have drawn a line in the sand, refusing on the basis of "conscience" to provide the goods and services they freely supply to the rest of the population.

Conservative lawmakers in several states have rushed to the beleaguered business owners' aid by attempting to pass laws that allow them to legally refuse to perform their jobs if they are doing so on the basis of "sincerely held religious beliefs."

The bills follow a pattern established by retrogressive lawmakers in multiple states -- including Idaho, Tennessee and Kansas -- who are attempting to throw hurdles into the path of marriage equality. Rather than openly declare their anti-LGBT intentions, right-wing lawmakers and operatives have cloaked their prejudiced agenda in the guise of a quest to protect Christians' "religious freedom."

On Tuesday, however, Republican lawmakers in four states saw major setbacks in their attempts to pass these types of exclusionary laws.

Facing intense pushback from colleagues and constituents, GOP lawmakers have voted down, withdrawn or backtracked on their proposed anti-LGBT laws in Kansas, Idaho, South Dakota and Tennessee.