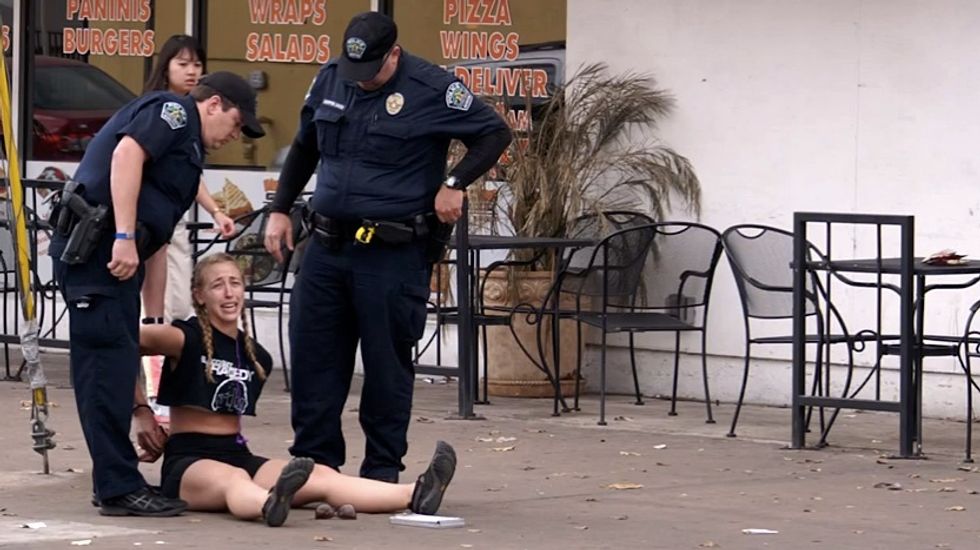 The arrest of an Austin jogger on jaywalking charges earlier this week -- dragged screaming to a police car after apparently failing to present ID properly -- has become the stuff of viral video after a University of Texas at Austin student captured the incident.

Now, Austin's chief of police has weighed in, telling the public they should be glad his officers aren't treating people even worse.

"This person absolutely took something that was as simple as 'Austin Police – Stop!' and decided to do everything you see on that video," Austin Police Chief Art Acevedo said at a press conference Friday, according to Austin NPR station 90.5 KUT. "And quite frankly she wasn't charged with resisting. She's lucky I wasn't the arresting officer, because I wouldn't have been as generous. ... In other cities there's cops who are actually committing sexual assaults on duty, so I thank God that this is what passes for a controversy in Austin, Texas," Acevedo said.

Not long after that, it became clear that Acevedo had essentially told the public that they should be grateful that all the police officers did was bundle a woman who had been jogging through the streets of Austin into the back of a police car because she crossed against the light, instead of molesting her or charging her with more serious offenses.

Saturday evening, Acevedo issued an apology for his earlier comments, calling it the result of an emotional week.

"During the press conference I attempted to place the arrest into context by bringing attention to the fact that law enforcement deals with many acts of serious misconduct," Acevedo wrote. "This includes recent instances in the news of sexual assault by police officers in other cities. In hindsight I believe the comparison was a poor analogy, and for this I apologize. I stand committed to transparent leadership and will continue to engage the community we serve in an open, honest, and timely manner."