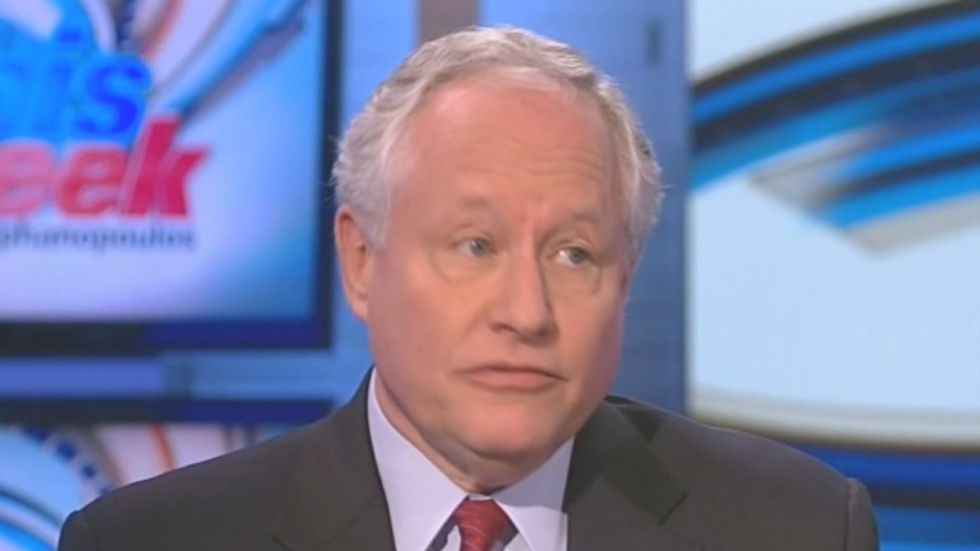 During a panel discussion on ABC's This Week, Kristol, who was recently hired as a contributor to the network, shrugged off new evidence that Christie may have not told the truth about knowing the George Washington Bridge had been closed.

"Having talked to various Republican establishment types -- I'm pro-Tea Party -- but anyway, the establishment types over the last 24 hours when you ask them about the Christie situation, there's a two-word answer: Jeb Bush," the neoconservative pundit opined. "And I'm really struck by how much Christie was kind of the establishment donor-class favorite, I think, for the Republican presidential nomination in 2016. They are beginning to, maybe foolishly, they are beginning to write them off."

"We will see a big drumbeat of Jeb should get into the race," he predicted.

Republican strategist, Ana Navarro, who is a close friend of the former Florida governor, said that she hoped he would run.

"He would bring so much to the debate," she insisted. "He would be a game changer when it comes to Hispanic votes."

Democratic strategist Donna Brazile agreed that a centrist Republican had a chance now that Christie's hopes were fading, but she didn't think that Bush could make it through the primaries.

"I don't think that Jeb Bush can win the Republican nomination," Brazile remarked. "Because of the Tea Party."

"You hope that Jeb Bush doesn't win the Republican nomination because you know that he's going to be tough to beat!" Navarro exclaimed.

Matthew Dowd, a former aide to President George W. Bush, said that it was time for the Republican Party to find a fresh candidate.

"There's 330 million Americans and are we going to basically go and vote between a Bush and a Clinton in 2016?" he asked. "I think that so many Americans in the general elections are like, 'Really? We can't -- there's no body else we can pick from?' It's been that way for 30 years!"