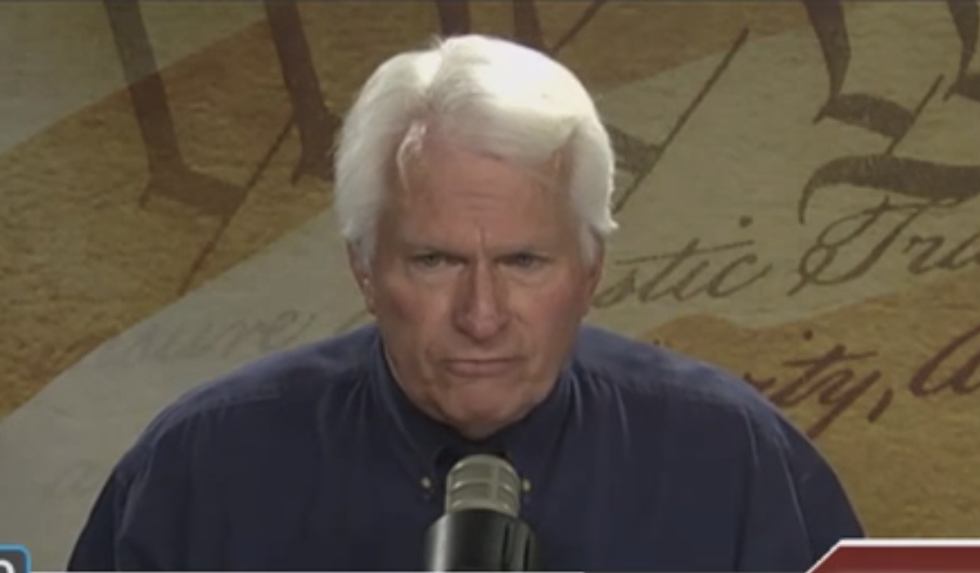 Anti-LGBT activist and American Family Association director Bryan Fischer took to the airwaves on Monday to deliver a rant directed at LGBT people who want to be equal to their heterosexual counterparts under the law.

Fischer brought up the "Turn Away the Gays" law that is awaiting Arizona Gov. Jan Brewer's signature before being signed into law. The bill -- which allows businesses to decline to serve people if doing so would conflict with their "sincerely held religious beliefs" -- was passed by both the state House and Senate.

"This is a bill that would protect religious liberty in Arizona for Christians businessmen" from having to offer their services to LGBT people and same-sex couples, Fischer said, falling back on the right-wing trope that practicing bigotry is a form of "religious freedom."

"We are hoping that [Arizona Republican Gov.] Jan Brewer will sign this thing," he said, before condemning Arizona's Republican Sen. Jeff Flake and John McCain for urging Brewer not to sign the unconstitutional bill.

The whole business, he said, is an illustration of how, in the U.S., "We are going to have to choose between homosexuality and religious freedom, because we can't have both."

"There isn't any question that homosexuality is a sin," said Fischer, "so a homosexual 'marriage,' is not even a real marriage. It's counterfeit."

"Big Gay," he said, "wants to force Christians to commit a sin."

"If homosexual activists actually believed in tolerance, what they would do is they would respect the convictions of Christian businessmen," he insisted. "In fact, I think they're jack-booted homofascist thugs is what 'Big Gay' is. I'm not saying all homosexuals are like that, I'm talking about the homosexual lobby."

"They don't believe in tolerance," he reiterated. "They are jack-booted homofascist thugs who want to use the tyrannical and totalitarian power of the state to send men of faith to jail, and that frankly sounds a lot more like Nazi Germany than the United States of America."