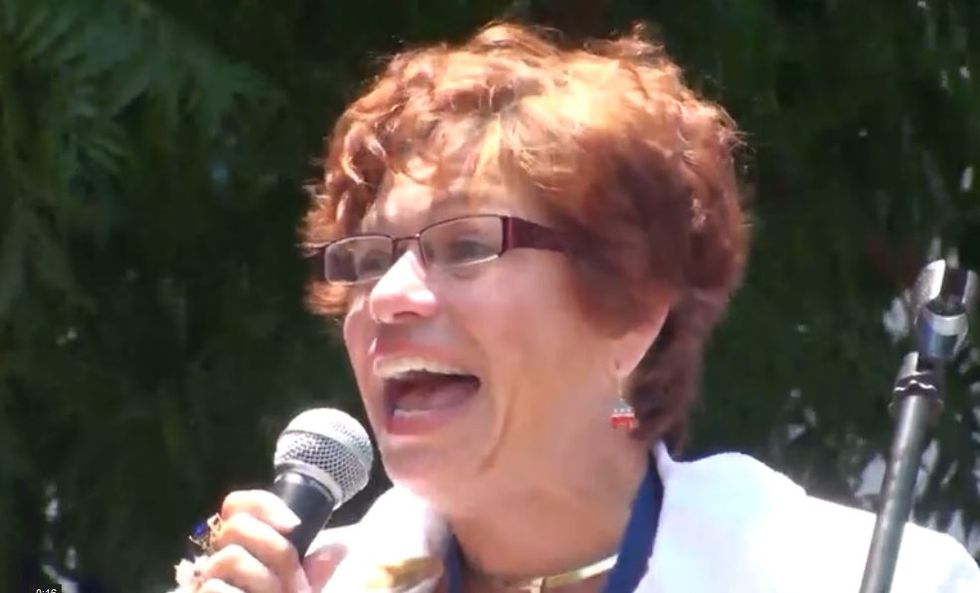 Both Eric Mahroum (R) and Lady Theresa Thombs (R) "disagree" that it "is the government's responsibility to be sure children are properly educated." Incumbent Pat Hardy (R) joined the pair in "strongly agree[ing]" that "the more people [who] live by Judeo-Christian values, the less government is needed."

The three "strongly agree[d] that "free market competition for education dollars" would be preferable to a "government monopoly" on education. TFN Insider noted that "'free market competition' is the core argument for private school vouchers, which take tax dollars from public schools to pay tuition for students admitted to private and religious schools."

In January, Lady Theresa Thombs dismissed incumbent Republican Hardy as "a lifelong Democrat." She said that her fellow Tea Party candidate Mahroum was "inexperienced," as his only "real experience in management is Chuck E. Cheese."

Thombs then declared that she wanted to make sure history lessons were written by "experts, not people from some socialist higher education."

"We know we we didn't come from monkeys," she continued, a sentiment she echoed this morning on Twitter:

At the time of the January meeting, her campaign website said that she was running for a position on the Texas State Board of Education to fight "adgendas [sic] and ideoligies [sic]." The site declared that she wants to "stem the tide of our best and brightest teachers leaving the classroom to pursue other carriers [sic], because they can no longer live with the policies and mandates they no [sic] are harmful to their students."

Watch a video of Lady Theresa Thombs singing at the Forth Worth Religious Freedom Rally below.