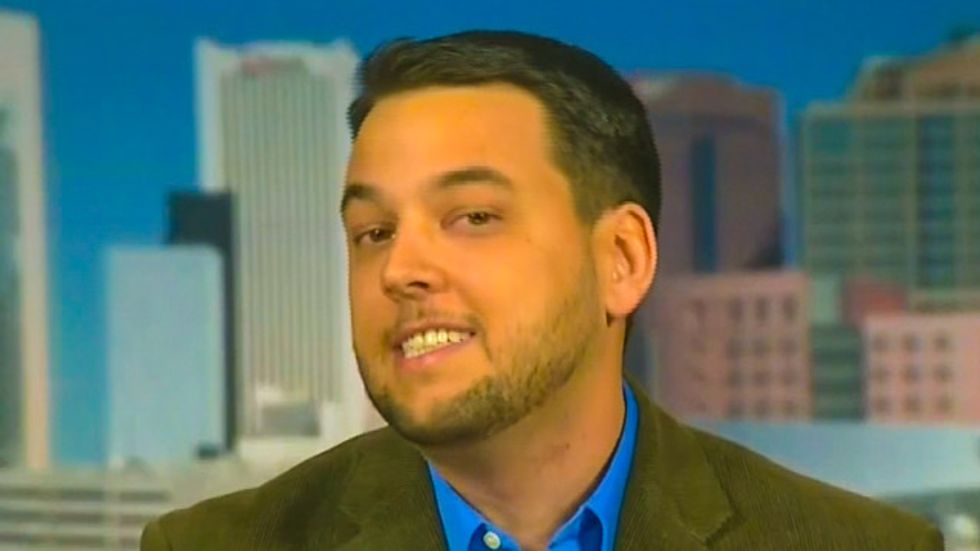 Center for Arizona Policy Communication Director Aaron Baer, whose organization helped write an Arizona bill which would protect businesses that discriminate against LGBT customers on religious grounds, said on Tuesday that the legislation was not anti-gay if it could also be use to turn away straight people who support same-sex marriage.

In an interview on CNN, Baer argued that "if any of these terrible things that people are saying will happen under SB 1062, if any of those things could happen, they would already be happening" because the law was modeled after the federal Religious Freedom Restoration Act, which was found to be unconstitutional in 1997.

CNN host John Berman, however, pointed out that the bill's language specifically said that businesses had a right to discriminate "even if laws, rules or other government actions are facially neutral."

"It says, no matter what the other law are, freedom of religion does reign," Berman explained. "That seems to me, what that bill is written to do is to give people, in your mind, the right to ban gays, to ban others if you disagree with their beliefs."

"Absolutely not," Baer replied. "As I said, if any of these terrible things could happen, they already would be happening."

"Yes or no, do you think a business should be able to have the right to discriminate against someone because they are gay?" Berman pressed.

"No, that's not what this issue is about," Baer insisted, pointing to the case of a photographer who the New Mexico Supreme Court said discriminated against a same sex couple when she refused to document their commitment ceremony.

Baer asserted that that the Arizona bill could not be considered anti-gay because it would have allowed that wedding photographer to discriminate against straight couples who were supportive of marriage equality.

"In that case, it wasn't because they denied service because I don't want to take photos of the same-sex wedding because they were gay," he declared. "It was because they shouldn't be forced to celebrate something they hold a sincere belief about, which is the definition and meaning and purpose of marriage."