Conn. man arrested for having friend film him having sex with a cow while covered in jelly 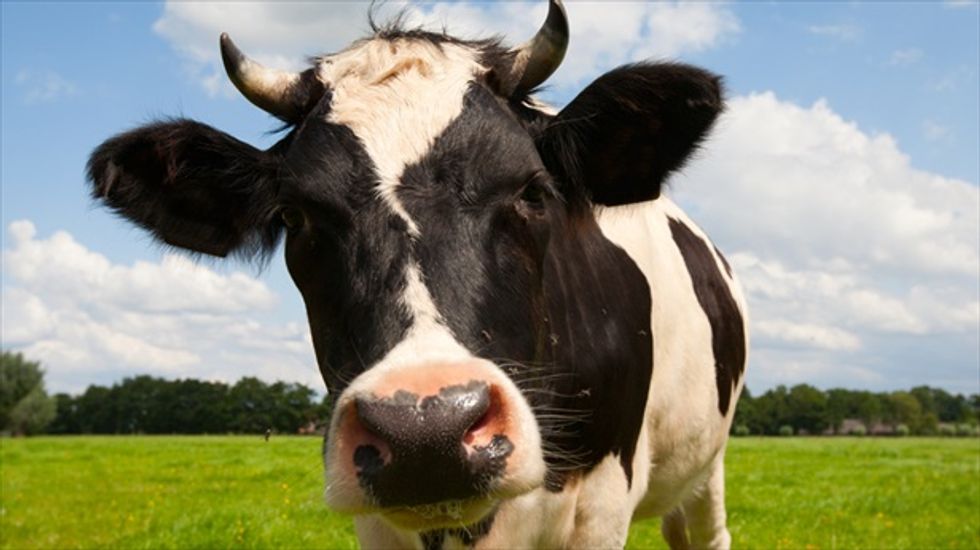 A Connecticut school tech worker was arrested for allegedly having a friend film him having sex with a cow while covered in jelly, WTNH-TV reported on Tuesday.

31-year-old Reid A. Fontaine was charged with one count of sexual misconduct after being arrested on Feb. 21 on a farm in Herkimer, New York. WTNH reported that Fontaine was being filmed by a friend, 35-year-old Michael H. Jones, when its crew got to the farm. Jones reportedly fled the scene after seeing WTNH arrive, but was arrested later and also charged with sexual misconduct.

The cow also fled the scene, and died after being hit by three cars on a nearby highway. The drivers of two of the cars were hospitalized.

The Hartford Courant reported that the two suspects were also caught on tape by the owner of the farm, who installed a video camera in the barn after the cows began "acting anxious and not producing milk as usual."

Fontaine resigned from his position on Sunday. He had been working as an information technology network specialist for the public school system in Farmington, Connecticut for six months prior to the arrest. Superintendent Kathleen C. Greider told WTNH that pre-employment background checks by both local police and the Federal Bureau of Investigation showed he had no criminal history.

"The former employee did not provide instruction to students nor did he have responsibilities involving direct student contact," the school system said in a statement. "As IT network specialist, his job involved the maintenance of the district's technology infrastructure and hardware."

Watch WTNH's report on the arrest, as posted online on Thursday, below.