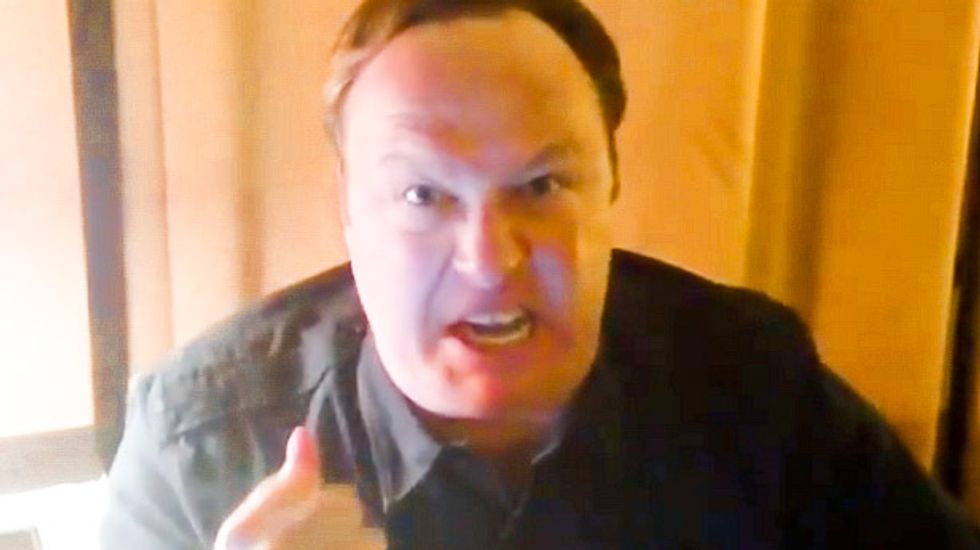 During a Tuesday interview, conservative Eagle Forum founder Phyllis Schlafly told Jones about her plan to save the Republican Party by focusing on white voters, and cutting immigration in half.

"What these polls consistently show is three-fourths of these Hispanics coming in want a bigger government providing more services," Schlafly explained. "I'm talking services like health care, Obamacare. And only a tiny percentage even understand or want a smaller government."

"It's all so rotten, Alex," she continued. "But these polls are very telling in showing what the people think about this. And they're not voting for amnesty, they're voting for handouts by the government. And they get that by voting Democratic."

Jones replied: "And then, they'll support literally making those of us that produce their slaves."

"Then George Soros and Warren Buffett -- big constituents of the Democrats and big recipients of corporate welfare -- and then they write the laws to be exempt from the taxes," he added. "This takes back to a Democracy where two wolves can vote to eat the sheep for dinner."

"Yeah," Schlafly agreed. "It would be a joke if it weren't so really tragic."