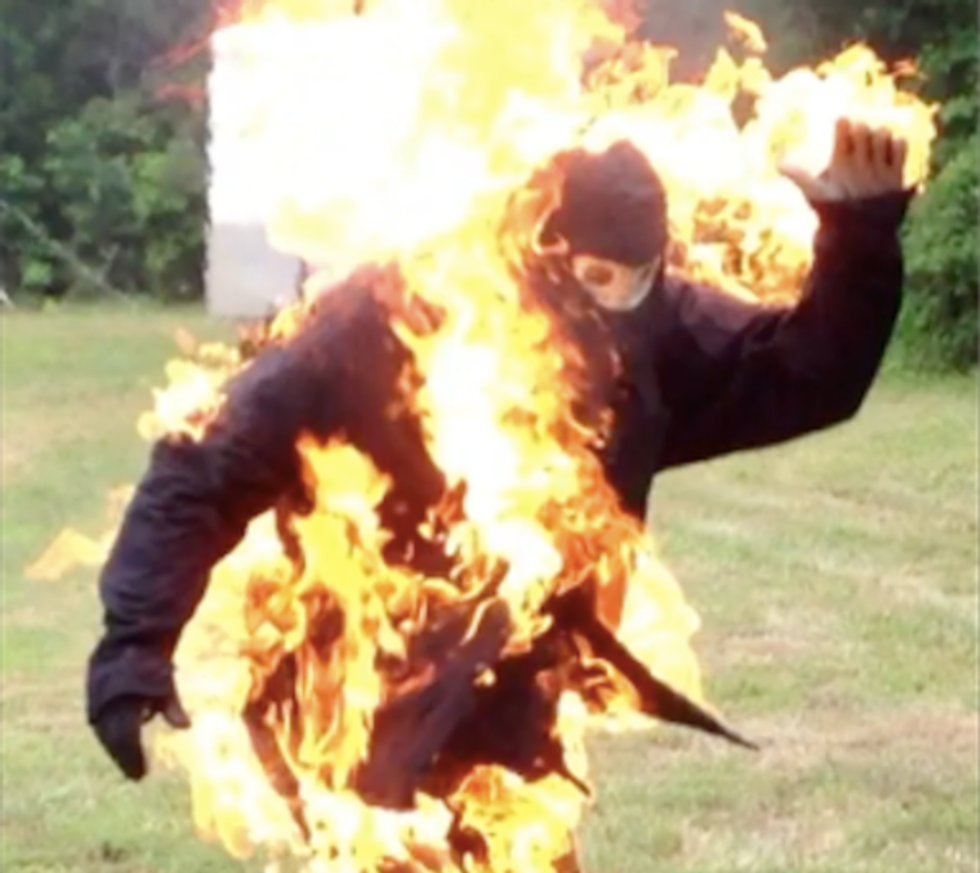 Police officers in Covington, Georgia are being treated for minor burns after an unidentified man walked into a Kroger grocery store on Tuesday afternoon, doused himself in rubbing alcohol and set himself on fire.

WSB Channel 2 reported that the man entered the store just before 5:00 p.m. and immediately began to cause a disruption, pouring alcohol over himself and running through the store knocking items from the shelves.

Police were unable to use stun guns on the man to subdue him because of the risk of fire from the alcohol. When cornered in the back of the store, however, the man produced a cigarette lighter and set himself ablaze.

Officers were able to douse the flames before the man suffered more than second-degree burns. Three officers were treated for minor burns.

No reason has been given for the man's outburst. He was hospitalized for burns and his name has been withheld pending investigation.