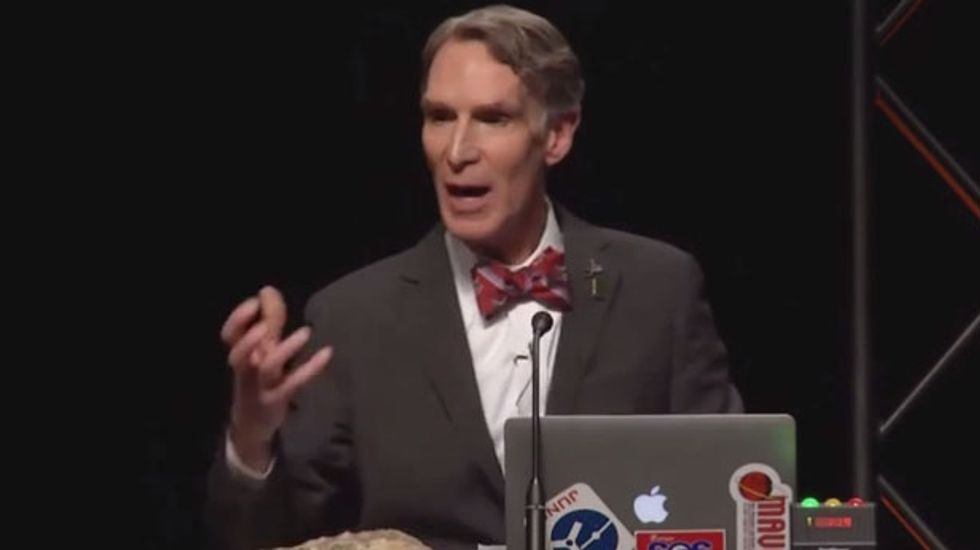 Following the debate between Nye and Creation Museum founder Ken Ham on Tuesday night, Mortenson sat down with Creation Today co-hosts Eric Hovind and Paul Taylor to discuss the event.

"I was kind of intrigued by one of Bill's last comments about the joy of discovery, but I thought, what is the joy of realizing that I came from pond scum as a result of an explosion and that eventually I'm going to die and I won't be here, I won't remember that I ever lived, nobody else will ever remember," Mortenson said. "What is the joy of that? It is purposeless, as Richard Dawkins and William Provine and others have said."

"There is no basis of morality or purpose, and Bill is stealing from the Christian worldview to find joy in discovery when there is no purpose or meaning to it."

During the debate, Nye said the process of science filled him with joy.

"I base my beliefs on the information and the process that we call science," he explained. "It fills me with joy to make discoveries every day of things I'd never seen before. It fills me [with] joy to know that we can pursue these answers. It is a wonderful, astonishing thing to me that we are -- you and I -- are somehow at least one of the ways that the universe knows itself."