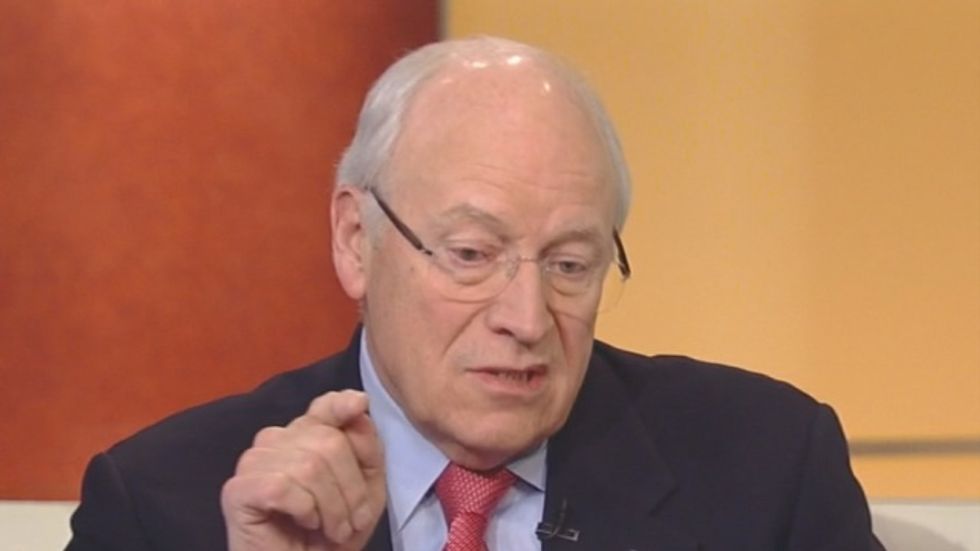 Former Vice President Dick Cheney on Monday accused President Barack Obama of cutting the defense budget because "he would rather spend money on food stamps."

The Pentagon announced on Monday plans to shrink the U.S. Army to pre-World War II levels, in addition to eliminating the Air Force's A-10 fleet and retiring the Cold War-era U-2 spy plane program.

"Absolutely dangerous," Cheney told Fox News host Sean Hannity. "I, obviously, have not been a strong supporter of Barack Obama but this really is over the top. It does enormous long-term damage to our military."

"They're basically making the decision, the Obama administration, that they no longer want to be dominant on the seas and the skies and in space," the former vice president added. "This notion that we no longer want to have a force that's capable of any sustained occupation of a foreign territory, that's a basic fundamental decision that drives -- supposedly justifies this. But lots of times, you don't get to make that choice. Circumstances will make that choice for you."

Cheney said that his "old friends" in the Middle East had told him that they no longer trusted the United States to use military power when it was necessary.

"I think the whole thing is not driven by any change in world circumstances, it's driven by budget considerations," he insisted. "He would much rather spend the money on food stamps than he would on a strong military or support for our troops."

Rep. Marjorie Taylor Greene (R-GA) said in a recent episode of her show the informants who helped the FBI in their raid on Donald Trump's Florida resort are "traitors," Newsweek reports.

Greene was reacting to a Newsweek report from Wednesday based on an inside source who said an informant told FBI agents where do find alleged classified documents Trump had taken from the White House at the end of his presidency.