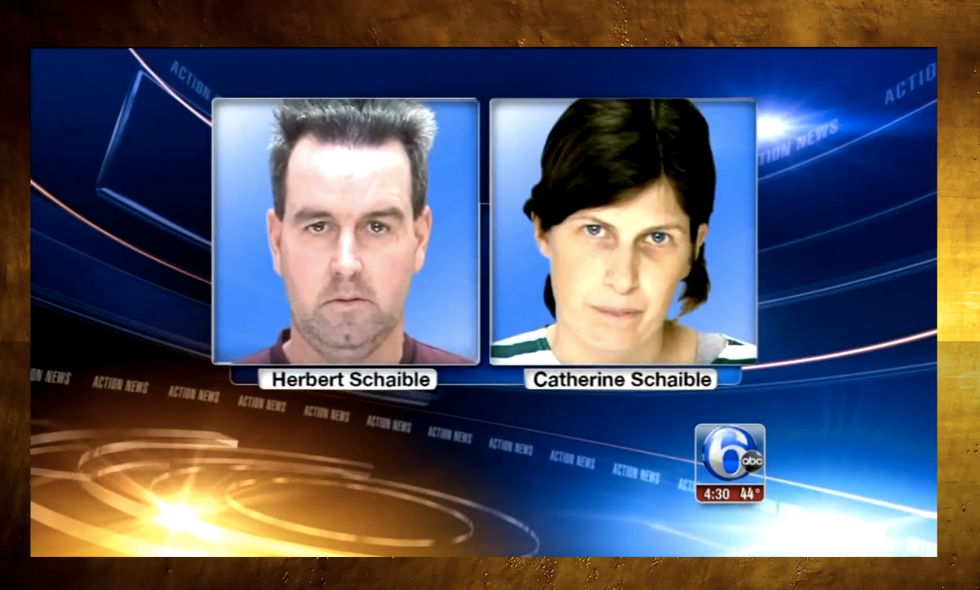 The Pennsylvania Pentecostal Christian couple who allowed a second child to die rather than seek medical help for reasons of faith were sentenced to prison Wednesday. According to Philly.com, Herbert and Catherine Schaible each received prison sentences of 3-and-a-half to seven years in state prison followed by 30 months of probation after their release.

The Schaibles opted for prayer over medical treatment for the pneumonia-stricken 7-month-old son Brandon. The child died in April after suffering for days with diarrhea and breathing problems. At the time, the couple were only two years into a 10-year probation sentence resulting from the death of their 2-year-old son Kent in 2009 from bacterial pneumonia.

In court on Wednesday, the couple apologized for Brandon's death and promised to take any of their six surviving children to the doctor in the future if they become ill. Common Pleas Judge Benjamin Lerner said that while he respects the bond between parents and children, the Schaibles must face consequences for their failure to intervene in Brandon's death from a preventable illness.

"You've killed two of your children. That's it in a nutshell. Not God, not your church, not religious devotion," Lerner told the couple.

Assistant District Attorney Joanne Pescatore asked the court to sentence the couple to eight to 16 years behind bars.

"God gave you these children to protect, to take care of. They are precious," Pescatore said in court. "They didn't even give that baby Tylenol. What were you thinking?"

Herbert, 47, and Catherine Schaible, 44, are members of the First Century Gospel Church in Juniata Park, PA. The Pentecostal church's parishioners all eschew medical attention, believing that illnesses and afflictions are the will of God and should be allowed to run their course, regardless of the outcome.

As the sentence was handed down, both parents claimed to have undergone a change of heart.

"I'm sorry," said Catherine in court. "This is the most horrible thing I've ever been through. I have now changed my beliefs."

Herbert, likewise, appeared to recant in court, saying, "We have our faith, but we have to follow the law."

The couple's remaining children have been placed in foster care while the Schaibles serve their prison time.