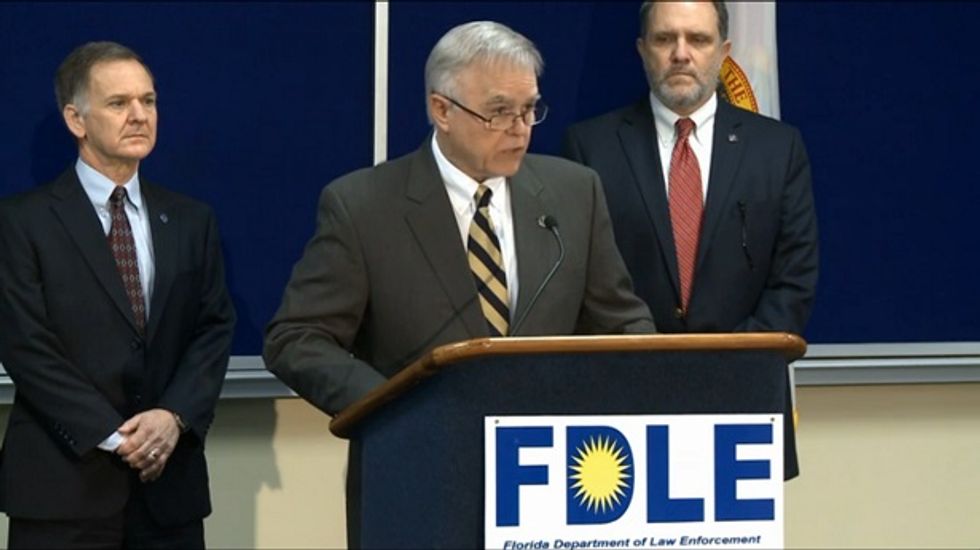 Thousands of criminal drug cases from around central and northern Florida may have been compromised by a police chemist, now under investigation for allegedly stealing pain medication from a Panhandle evidence room over several years.

The Florida Department of Law Enforcement said Saturday that it has begun an investigation of the chemist, who works in the Pensacola Regional Crime Laboratory and is connected to about 2600 criminal cases since 2006 in about 30 Florida counties. Police did not release the name of the chemist.

Missing pain medication from the evidence room at the Escambia County Sheriff’s Office spurred the investigation, police said. Pain medication in evidence had been replaced with over-the-counter medications, police said. Investigators determined that each case with missing drugs had been analyzed by one Pensacola chemist.

That's led state investigators to fan out to agencies across Florida, to inspect all evidence handled by the chemist -- nearly 2,600 cases for 80 law enforcement agencies spanning 35 counties and 12 judicial circuits.

"What has allegedly happened here has potentially put at risk the extensive efforts of law enforcement, prosecutors, and the courts in many of the cases handled by this analyst," said Attorney General Pam Bondi regarding the FDLE's statewide review, in a statement released Saturday. "Our battle against prescription drug abuse in Florida has been very successful over the last three years, and I will not tolerate any actions that compromise our continued success in ridding our state of this problem."

The breadth of the impact appears on first look to be smaller than that of disgraced Massachusetts state chemist Annie Dookhan, who was jailed in November after pleading guilty to 27 counts of obstruction of justice, perjury, tampering with evidence and other charges. Dookhan lied about the presence of drugs in test samples over a nine year period -- falsifying tests, forging initials of an evidence officer to cover-up her misconduct, lying about her academic credentials on the stand during trials in which she gave expert testimony and other crimes. Courts threw out hundreds of convictions as a result.

Watch a report from CBS affiliate News 10 in Sarasota.