Fox's Tucker Carlson: Poor people get 'consumed with envy' of the 1 percent 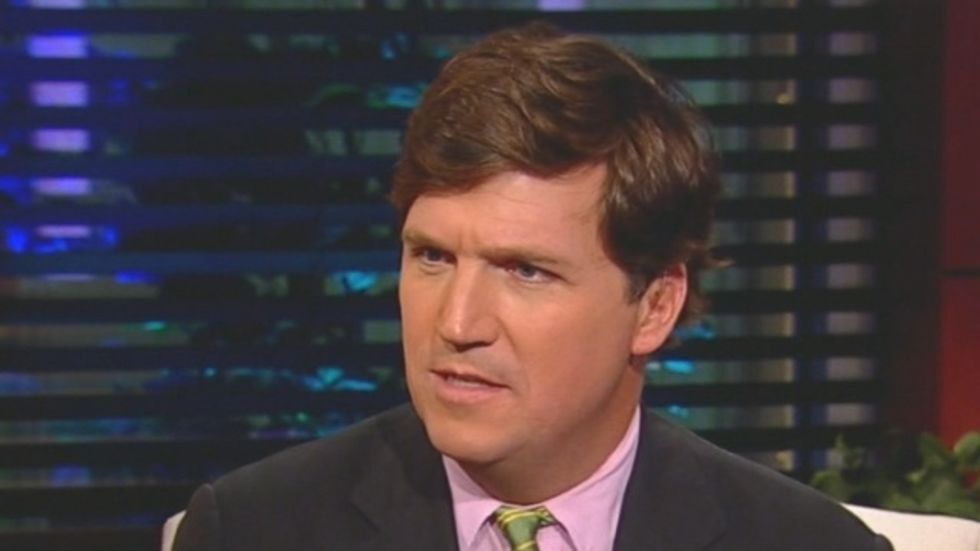 The host of ABC's reality show Shark Tank over the weekend told the poor people of the world that they should be thanking capitalism for making their situation better.

After Oxfam found that the world’s 85 richest people had a as much wealth as the poorest 3.5 billion people, Kevin O'Leary had applauded the report as "fantastic news."

"This is a great thing because it inspires everybody, and gets them the motivation to look up to the 1 per cent and say, I want to become one of those people. I’m going to fight hard and get up to the top," he said on a Canadian news program.

On Sunday, O'Leary insisted to Fox News host Tucker Carlson that he did not think that income disparity was a good thing, but defended his comments.

"Let's celebrate the facts, alright?" O'Leary said. "If you look back at the last 30 years, 42 percent of the world's population was in desperate poverty. Today, it's 17 percent. Thank you, capitalism. Thank you."

"The metrics show us and the numbers show us that our system works so let's not vilify it," he added.

"People become consumed with envy, however, when they think they can't get rich," Carlson opined. "The system works as long as long as people see a plausible path to success. But if they think that path is blocked, then they get resentful and society becomes unstable. No?"

"It's not blocked," O'Leary replied, pointing to his reality TV show on ABC as evidence that the "American dream is alive and well."

"There's every evidence that what we do and what works in America creates wealth, and those people pay taxes, 30 to 50 percent depending on where they are," he said. "And that goes back into the system to support all kinds of initiative, including helping people that are in poverty."

"You're a brave man to say that," Carlson said in conclusion.