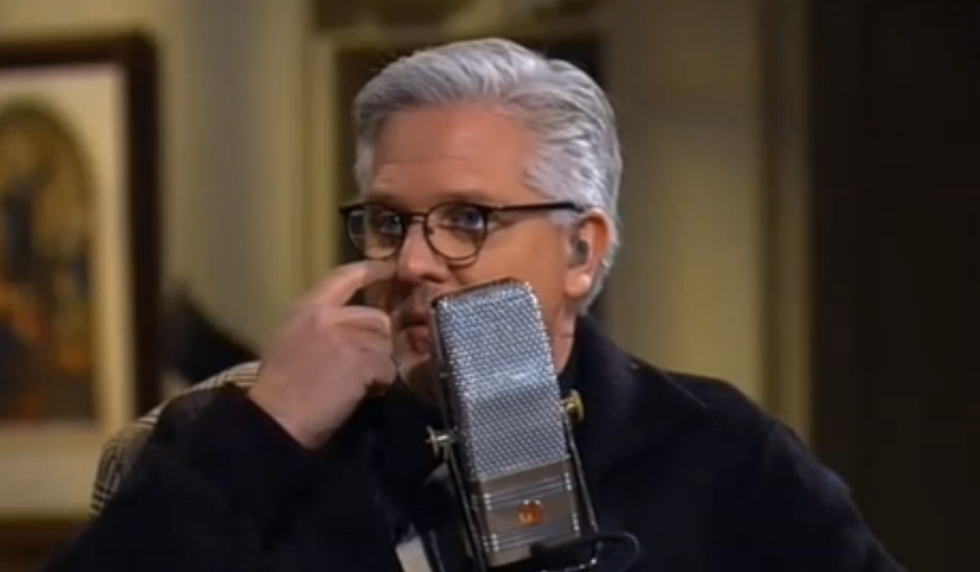 On Monday, a newly silver-haired Glenn Beck worried that the state of Texas is under threat from migrating northern liberals.

Gov. Rick Perry (R), said Beck, "is doing a great job bringing new businesses here," but Beck spoke to "a group of CEOs in here in Dallas, I said, 'You guys know why you moved here, but do the employees that you brought with you, do they know?'"

"They had no real connection to 'We can't do business in California' or wherever they're moving from," Beck said.

"You've got to do a campaign," he said to his guest, Texas Attorney General Greg Abbott, who is expected to be the Republican candidate for governor against Democratic state Sen. Wendy Davis (D). "'Come to Texas: Not because of the taxes or the weather, but because you're free. You're free to pursue your own dreams.'"

Beck then said that he is "sometimes more worried about the northern border than the southern border" of Texas in that "carpetbaggers" from the north are coming south "and they don't really understand Texas."

Abbott used that moment to kick off a brief stump speech about "securing the border" at the Red River as well as the Rio Grande. One California executive, Abbott said, told him that there was one thing that Texas has that California just does not.

"And that's freedom," he intoned. "We have a freedom that's incomparable around the country. But he said that the people he's bringing here from California to work believe in that freedom. They love that freedom."

Gun manufacturers, he said, "are fleeing other states because their ability to either manufacture, sell, or have their customers use guns in their states is being trimmed. These are conservative who are relocating from other states to the state of Texas because Texas is the last bastion of freedom in this country."