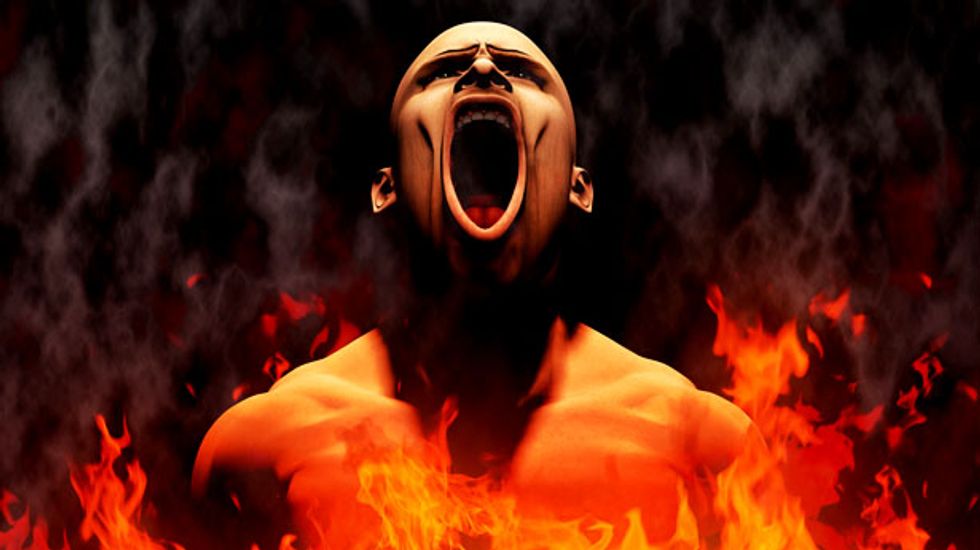 Those who believe some people face eternal torment in the afterlife tend to be less satisfied with their current life and less happy, according to a new study published in PLoS One.

“Although religiosity is consistently tied to greater well-being, little research has examined which elements of religious belief offer mood benefits, which do not, and which may in fact be detrimental,” Azim F. Shariff of the University of Oregon and Lara B. Aknin of the Simon Fraser University in Canada wrote in their study.

The researchers first analyzed data from the Gallup World Poll, World Values Survey, and European Values Survey to compare the “differences in subjective well-being between 63 countries against national rates of Heaven and Hell beliefs.” These international surveys were conducted on hundreds of thousands of individuals, and allowed the researchers to account for potentially confounding variables like religious attendance, GDP per capita, and unemployment.

In a second study, the researchers again used the World Values Survey and European Values Survey to test this relationship at the individual level. After controlling for variables like age, income, education level, religious attendance, and sex, the two researchers again found that belief in Hell was associated with unhappiness while belief in Heaven was associated with happiness.

Both studies only showed a correlation between the belief in Hell and unhappiness. But does believing in Hell make a person unhappy, or are unhappy people more likely to believe in hell?

The two researchers sought to better understand the causal relationship between the belief in Hell and unhappiness by conducting an experimental priming study. Four hundred and twenty-two American participants were asked to write about Heaven, Hell, or what they did yesterday before reporting their current mood.

“Religious believers and non-believers both showed more emotional negativity when writing about Hell compared to the control condition,” Shariff and Aknin wrote. “It is notable that reflecting on Hell negatively affected well-being, regardless of whether the participant identified as a religious believer.”

Belief in Hell may persist — despite its tendency to reduce happiness — because it provides a social function, the researchers said. Namely, the belief in a punitive afterlife may help promote ethical behavior.

“Thus, the belief in Hell, and religious malevolence more generally, may contribute to the encouragement of rule following, through the deterrence value of supernatural punishment, but may do so at the cost of well-being,” Shariff and Aknin wrote.

“This creates an intriguing trade-off between the interests of the group, which benefit from the ethical behavior of the group’s members, and the interest of the individual, who shoulders the emotional costs of a society that follows norms out of fear.”

[Man in hell on Shutterstock]