In The Court Of Public Opinion, Let's Try Preponderance Of Evidence As The Standard 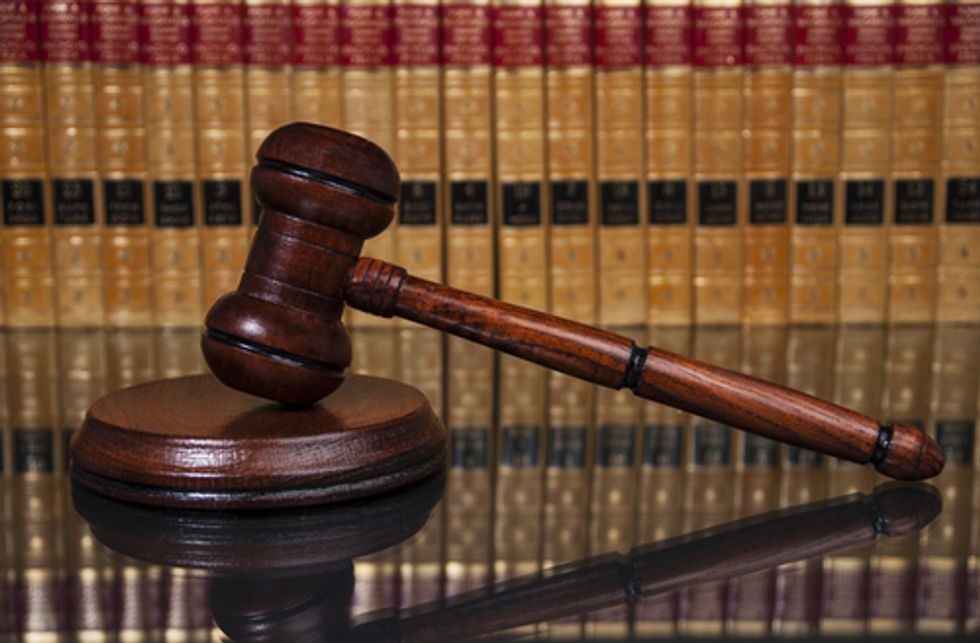 The Woody Allen story has gotten under my skin, and it's not because I'm particularly interested in the debate over whether or not to "boycott" his movies, which is a discourse that is more about liberals feeling self-righteous and has little to do with actually preventing abuse or getting justice for victims. Nor do I think this is a story about Hollywood in particular, as the dynamic I'm seeing is actually prevalent in most communities. Stories like this are important because they give us an opportunity to work out how we believe is the best practices in reacting to allegations of sexual abuse or domestic violence, and therefore help shape how we handle it when it comes up in our own communities.

And what I'm largely seeing is that we have collectively decided that we're going to continue with the practice of saying, "Well, he might be lying. Or she might be. Since we'll never know, we'll just have to live with uncertainty." Whether or not you pat yourself on the back for being above it all depends entirely on how self-satisfied you are.

Saying, "We'll never know" feels so good that people rarely ask if there's a cost to doing it that way instead of looking at alternatives. In a widely shared piece by Aaron Bady, he gets at some of the ethical questions this approach brings up.

The damnably difficult thing about all of this, of course, is that you can’t presume that both are innocent at the same time. One of them must be saying something that is not true. But “he said, she said” doesn’t resolve to “let’s start by assume she’s lying,” except in a rape culture, and if you are presuming his innocence by presuming her mendacity, you are rape cultured. It works both ways, or should: if one of them has to be lying for the other to be telling the truth, then presuming the innocence of one produces a presumption of the other’s guilt. And Woody Allen cannot be presumed to be innocent of molesting a child unless she is presumed to be lying to us. His presumption of innocence can only be built on the presumption that her words have no credibility, independent of other (real) evidence, which is to say, the presumption that her words are not evidence. If you want to vigorously claim ignorance–to assert that we can never know what happened, in that attic–then you must ground that lack of knowledge in the presumption that what she has said doesn’t count, and we cannot believe her story.

This is something that always bothers me. No feminists that I know of have ever in sincerity said that the court should throw out the "beyond a reasonable doubt" standard in proving a crime. However, as Brady points out, that's a criminal standard. It's perfectly reasonable to have other standards for other situations, such as determining if you feel someone in your community is guilty and needs to be shunned as a danger to women. Or hell, just determining if someone is guilty enough to lose a lawsuit. In civil court, a "preponderance of evidence" standard applies. Remember that Allen wasn't able to get custody of his children---the judge couldn't prove he assaulted Dylan Farrow, but it was enough evidence that it was reasonable to cut off access to her.  As Brady says, once you get out of the formal court situation that has an accuser and an accused and a high standard of evidence, you are in a social situation where it's more a game of "who's the liar".

But instead of rehashing his points, I want to talk about the practical effects of applying the "he said/she said, and we'll never know the truth so we can't take action" standard in the world outside the courtroom. You almost never hear about what that means as it plays out in real life, but I've had it happen to me, seen it happen to others, and have read about it repeatedly, so I would like to explain how it goes. While men can assault men and women can assault both men and women, for the sake of simplicity, I'm going to use "he" to talk about the accused and "she" to talk about the accuser.

It starts when she accuses him of rape/domestic violence. There is no physical evidence. This likely can't be proven in a court of law. So their friends and often even family are faced with two options:

1) He is lying because he doesn't want to get in trouble.

2) She is lying because women are crazy/she's mad about him marrying her teenage daughter/women, am I right?

The FBI estimates that only 2-8% of rape reports are false, and many to most of those rape claims are not accusations, but just generic "man in the bushes claims", driving the chance of a woman accusing a specific man falsely even lower. But even being very generous, that means, statistically speaking, option #1 is 92-98% likely to be true and option #2 is 2-8% likely to be true. But hey, people want to take each case individually. Which is a good instinct. You really do want to treat people fairly as individuals. But, that means, pragmatically speaking, people set aside these statistics and say, "We can never know."

What happens next is what people don't talk about much: The guy gets togo about his business as usual. Since people don't know, they don't feel right shunning him. He continues to go to parties, to social outings, to family dinners, etc. The victim realizes that this makes all these occasions unsafe for her. She doesn't want to be near him, because his very presence is upsetting. Plus, a lot of abusers, excited that they're getting away with it, will continue to abuse when exposed to their victims, saying cutting things under their breath or, if they're lucky enough to get them alone, doing worse. So the victim has no choice but to give up her friends and possibly family. Anyone who buys into the narrative that "we can never know" and keeps bringing him around has to be basically cut off. Or, in some cases, people "give in" to the victim and schedule occasions without him, but she will often feel their judgment on her for "making" them do this without the hard and fast evidence that puts his guilt beyond a reasonable doubt. Or maybe they just start liking him more than her because he's always happy to be at a party with her, acting like a big, magnanimous man, while she is a drag when he's around. The squeaky wheel is just easier to toss.

After going through this for awhile, the victim gives up and just stops seeing her friends and family, anyone who refuses to "take sides". This is why victims of domestic violence and rape often find their friend group disappearing in the weeks and months after the accusation is made. One reason victims often keep their suffering to themselves is they know that telling their story means, in a few short months, they'll be sitting at home wondering if they have any friends left at all.

This is the price of applying the "beyond a reasonable doubt" level of proof to all accusations of rape or domestic violence made in a community context instead of a courtroom context. It may seem like it's about not choosing one over the other, but functionally, it's choosing the accused over the accuser. And maybe some people feel that shunning someone without rock solid proof of wrongdoing is so wrong that functionally shunning anyone who tries to out an abuser without such proof is the price to pay. Maybe that principle is so sound that it's worth sacrificing the well-being of most abuse victims in order to protect the very rare man who has a cleverly manipulative ex-girlfriend who does manage to convince people he's guilty when he's innocent without actually offering proof. I can see it. This is a difficult question.

But I look at the Woody Allen situation and feel that it really shows that preponderance of evidence standard really is a better one for the social situation than the beyond a reasonable doubt standard. Can you prove it in court that he molested Dylan Farrow? No. But you can build a case, brick by brick, that he's probably guilty due to his creepy behavior, his tendency to date underage girls, his willingness to use Mia Farrow's children as a pool to draw sex partners from, his well-documented obsession with Dylan that included molestation-esque behavior in front of witnesses, eyewitness testimony from the victim, and a court order denying him custody. Not by criminal court standards. But by civil court standards. And therefore enough to believe that he really shouldn't be enjoying the life that he does as a well-regarded fixture in wealthy, privileged social circles. (Or being, as he was, allowed to adopt more daughters.) More to the point, it's worth saying to yourself that if a guy that creeps people out and is known for crossing boundaries that often is accused of rape---or if a guy who is a sleazy asshole who emotionally abuses his girlfriend/wife in front of others and who she seems to be scared of is accused of hitting her---it really, truly is okay to cut the strings and let him go and offer your support to the accuser instead. Doing so isn't taking away his freedom.

Maybe that's a better way. I increasingly think it is, since the alternative of leaving most victims adrift and afraid just isn't working.

A historic castle used by the Romans and Byzantines was badly damaged by an earthquake that struck Turkey and Syria.

Gaziantep Castle, a tourist attraction in southeastern Turkey, collapsed during the 7.8 magnitude earthquake Monday that destroyed an estimated 1,700 buildings across the country and killed more than 600 people, reported CNN.