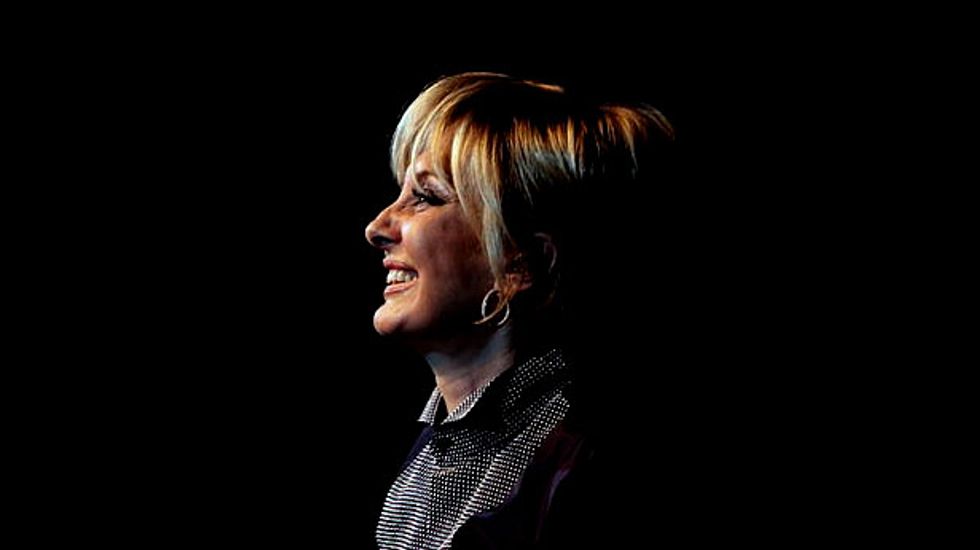 Iran's queen of pop, Googoosh, has released a video in support of her country's gay and lesbian community, becoming the first prominent Iranian with such a huge following to speak out against homophobia.

The video for her latest song Behesht (Heaven), released on her Facebook page on Valentine's Day last week, portrays a lesbian couple who are in a relationship banned both by society and by their families.

Navid Akhavan, who wrote and directed the video, said it had been viewed by thousands of Iranians online or via illegal satellite channels.

"The reactions we have seen so far have been tremendous," he told the Guardian. "The comments I have read online and the messages I have received from people within the Iranian LGBT community have brought tears to my eyes."

But he added: "We knew from the start that because of its topic the video is going to be very controversial among Iranians, that's why we expected negative feedback too, but that hasn't bothered me, nor Ms Googoosh."

On two websites alone the video has been viewed more than 1.2m times in total. Akhavan said the way gay people were treated in Iran had encouraged him to work with Googoosh on the video. "I am so proud of her being so brave and taking a pioneering step in support of Iranian homosexuals."

A number of conservative websites in Iran denounced Googoosh over the video. Enghelab News said Googoosh was "anti-revolutionary" who had sold herself to "monarchists and Bahais". It said the video was produced to spread decadence in Iranian society. Another website, Kheybar Online, labelled it an obscene video aimed at promoting "hideous" acts.

The fictional couple in the video are played by two Iranian actresses, Pegah Fereydoni and Yasmine Azadi. As the video begins, Fereydoni's character expresses love for her partner, whom the viewer doesn't see until the last minute.

"The end of this road is not clear, I know this, just like you do," sings Googoosh. "Don't tell me to stop loving, You can't do that and I can't either."

A Googoosh fan commented on her Facebook page: "I love you more than ever, Googoosh." But another disagreed: "I didn't expect this from you."

In the past couple of years Googoosh has been in the spotlight for her talent show Googoosh Academy, an X Factor-style show on Manoto TV, a London-based channel run by Iranian exiles.

Unlike many other singers, Googoosh refused to leave Iran for exile after the 1979 Islamic revolution, instead living a quiet life in her country. She finally left in 2000 and sang for the first time after 21 years of silence.

That history has added to her popularity among people inside Iran, who say some of the exiled singers lost touch with realities on the ground. She enjoys exceptional popularity among Iran's old and young generations.

Shadi Amin, a lesbian Iranian and human rights campaigner based in Germany, said the video had already sparked a debate in an scale unseen in the past. "When I saw the video, I called my mom and said have you seen it? I told her I can keep my head high now," she told the Guardian. "We don't expect a massive change after this video but it has broken the silence of many Iranians."

Amin said it was courageous of Googoosh to release such a video. "Our research and experience shows that gays and lesbians in Iran, especially those in smaller cities, feel they are alone, think they are the only people to have such feelings on the planet, but Googoosh's video [shows] hey, you are not alone."

Lesbian, gay, bisexual and transgender people in Iran face serious persecution both from the ruling system and broader society, especially by hardline conservatives. Some risk horrific punishments, including the death penalty and heavy jail sentences; others are bullied and forced into exile.