Janet Yellen and I were taught to revere capitalism. But it's a failing system 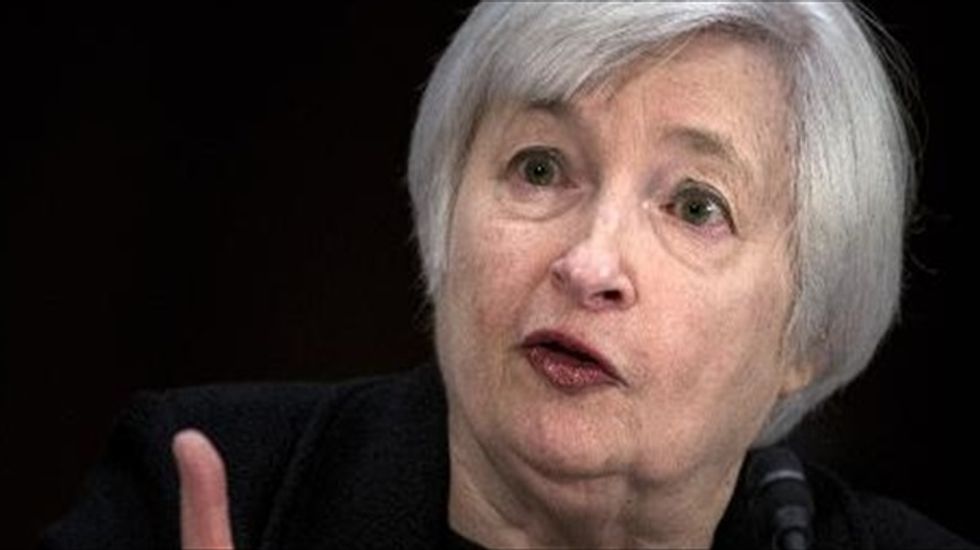 Janet Yellen, the United States' Federal Reserve's new Chair, and I were graduate economics students around the same time at Yale University. The professor who shaped the macroeconomics we learned was James Tobin. He taught us to be Keynesian economists: that is, to accept capitalism as the sole object and focus of our studies, to celebrate it as the best possible system, and to preserve it against its own serious faults. Keynesian economics teaches that to secure capitalism's blessings requires systematic government intervention in the workings of the economy.

Yale doctorates during those years certified that we had learned how the monetary and fiscal policies offered by Keynesianism comprised the government's optimum tools of economic intervention. Central banks (in the US, this meant the Federal Reserve) would administer monetary policy. This meant manipulating the quantity of money in circulation and interest rates. Legislatures and executives would administer fiscal policies, namely, manipulating tax rates and government expenditures. The goals of both monetary and fiscal policies would be to prevent private capitalism's instability (its recurring swings between sharp upturns and downturns), or at least to ensure the downturns were short and shallow (unlike the long and deep 1930s Great Depression that inspired Keynes's work).

Successive Chairs of the Federal Reserve sought to manipulate the nation's monetary system to those ends, so far as possible. Whatever their party affiliation (Bernanke is a Republican, while Yellen is a Democrat) they coordinate their monetary policies with the fiscal policies pursued by the sitting president and Congress. Indeed, policy differences have been limited and rarely arose among them in their shared quest to manage capitalism's inherent and immensely costly instability. Thus, from the standpoint of economics, the two parties are better understood as two wings of one capitalist party in the US sharing virtually dictatorial political influence.

The Federal Reserve has needed to "manage" the monetary system also by bailing out collapsed financial firms on occasion, and much of the entire industry since 2007 (at an historically unprecedented clip costing trillions). Nor did the Fed ever prevent capitalism's cycles. The official downturn counter/measurer, the National Bureau of Economic Research (NBER), lists a dozen capitalist swoons since the end of the Great depression: on average, one every five years.

What the Fed claims is that its interventions likely made downturns less awful than they might have been. Bernanke the Republican Fed Chair aimed for that, Yellen the Democrat agreed as Vice-Chair, and now she will continue to aim for that as the new Chair. If ever the phrase "same-old, same-old" applied, it does so in this non-event of musical Chairs at the Fed.

Thus, after Yale, Janet Yellen and I took different paths in our approaches and experiences working within US capitalism. Ever the liberal Democrat, she endorses capitalism despite its cyclical and colossal waste of resources and the human tragedy this imposes across the globe. No courses at Yale troubled Yellen or myself with any analyses of how exploitation lies at the core of capitalist production. We were never taught that the majority of industrial workers produce more value for employers than what employers pay them. We were prevented from encountering arguments examining how this idea of "more" (or, in economic terms, of a surplus) contributed fundamentally to the systemic inequalities that define capitalist societies.

No irritating Marxism was allowed to disturb our deep, or the unquestioned political tranquility that professors embedded in Yale's graduate economics curriculum. The celebration of the free competitive market, although often extended rhetorically to the free marketplace of competing ideas, was suspended in the case of Marxian concepts and analysis of capitalist economies. The latter was systematically excluded at Yale, as at most US universities then and ever since. No free marketplace of ideas there.

Like Bernanke, Yellen will do her job as best as she can. No thought about alternatives to capitalism will likely occur to her. She and the Fed's board of governors will consider no policy responses to the current system's grotesque flaws and injustices that entail changing the system. No free marketplace of competing ideas at the Fed either. She will, like her predecessors, transfer the deep political conservatism of her graduate economics education in the US to her policies.

Critics have attacked the Fed since its inception a century ago because of its structural (and extraordinarily cozy) entwining of government regulation and the banking industry it presumably regulated. Just as important, however, are the conceptual continuities between mainstream economics as academic discipline and as governing policy ideology. What threatens those continuities now is the emerging dissent to mainstream academia and the widening disconnect between the Fed's policy universe and most people's lives.

The global capitalism into which Janet Yellen and I graduated with new PhDs in the 1970s proceeded ever since to illustrate growing inequality of income and wealth across and within most economies, which has contributed to mounting social unrest, conflict, wars, and unspeakable social tragedies. Since 2007, the global economic meltdown has reminded everyone of capitalism's vulnerability to the kinds of economic catastrophes that marked the 1930s. Gradually before and quickly since 2007, interest in Marxian and other critiques of capitalism and in socialist as well as other alternative economic systems has been rekindled.

Yellen and I had the same economics education and have experienced the same global capitalist development since, yet we have responded very differently. The same systems generated contradictory outcomes. Capitalism's dysfunctions have led me to appreciate and independently learn what Marxian economics has to teach me, outside of Yale's mainstream economics. Yellen and her cohorts avoided and bypassed all that.

Convinced that we can do better than capitalism, many have analyzed the incipient alternatives emerging from capitalism's deficiencies, such as cooperatives, workers' self-directed enterprises and others. For us, Occupy Wall Street represents a powerful surge against capitalism, yet another sign of the waning tolerance for a system that Yellen will try to preserve.