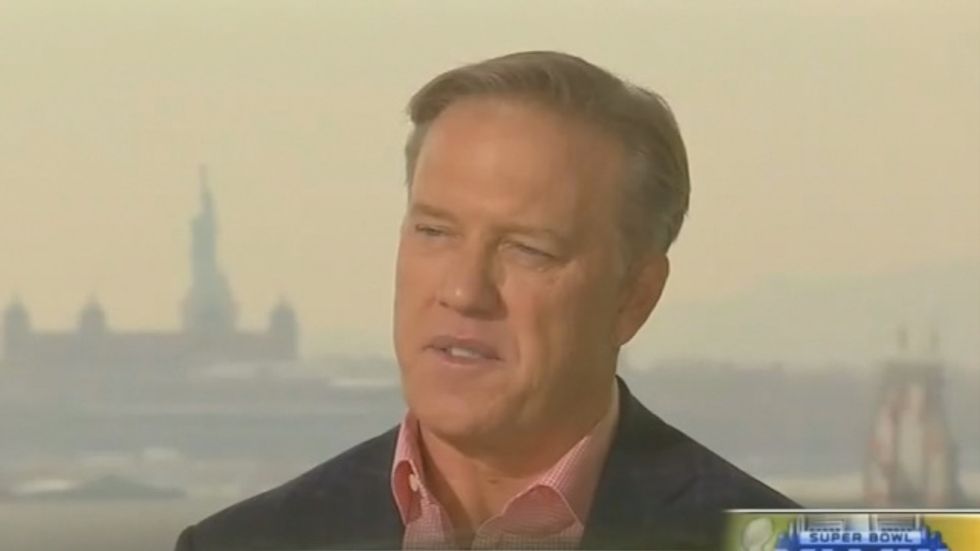 Denver Broncos executive vice president of football operations John Elway revealed on Sunday that he was a Republican because he doesn't "believe in safety nets" -- even though he admitted they were necessary.

In a interview on Fox News prior to Super Bowl XLVIII, host Chris Wallace pointed out that Elway was a "big Republican" who had contributed "a lot of money" to former Republican presidential nominee Mitt Romney in 2012.

"Why do you support the GOP?" Wallace wondered.

"Well, it goes to what my beliefs are," Elway explained. "I believe that we're giving the opportunity to succeed or not succeed."

"I don't believe in safety nets," he continued. "Obviously, we've got to have some kind of safety nets. But I think my philosophy is when given the opportunity to go take advantage of that, I think that's when you get the best out of people."

The football Hall of Famer noted that he was "middle right" and his business experience taught him that "you got to give a little to get something."

"So, I would like to see us to be able to free up Congress a little bit and say, okay, we need to give up a little bit to give a little bit," Elway opined. "If we were able to do that and we acted more like businessmen in that situation, I believe we would get a lot more done."