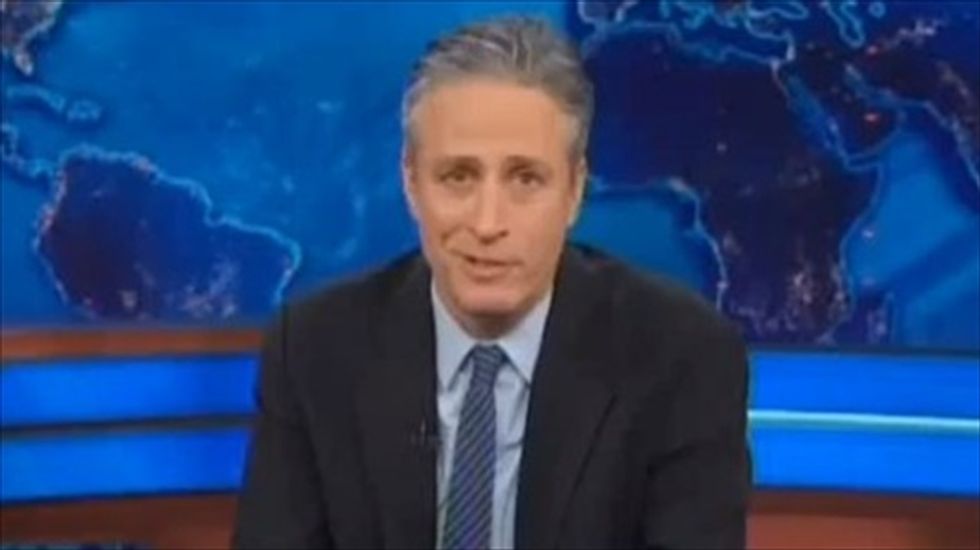 Daily Show host Jon Stewart picked apart conservative pundits who insisted that the U.S. harken back to Ronald Reagan-style politics in a show of strength concerning the recent popular uprising in Ukraine.

"I think it's pretty clear what happened here," Stewart said sarcastically after hearing about Ukrainian President Viktor Yanukovych being deposed. "The ghost of Reagan haunted Yanukovych, told him to leave 'Boo-kraine.'"

But regardless of the fact that Yanukovych's exile was orchestrated by his own people in defiance of pressure from Vladimir Putin and Russia, Stewart noted that Fox News guests like Oliver North still insisted that the U.S. should ask itself, "What would Reagan have done?"

North would know, Stewart said, because when he worked for Reagan he "illegally sold weapons to Iran, and then illegally took that money and illegally gave it to Nicaraguan death squads. Or, as [they] called it back then, simply acting."

It was Reagan "simply acting" in Afghanistan and Iraq, Stewart pointed out, that ultimately led to the rise of the Taliban and Saddam Hussein.

"Reagan acted," Stewart said. "No matter what the f*ck was gonna happen."