Jon Stewart on drone strikes: Obama is 'our country's all-time leader in outside battlefield sky killing' 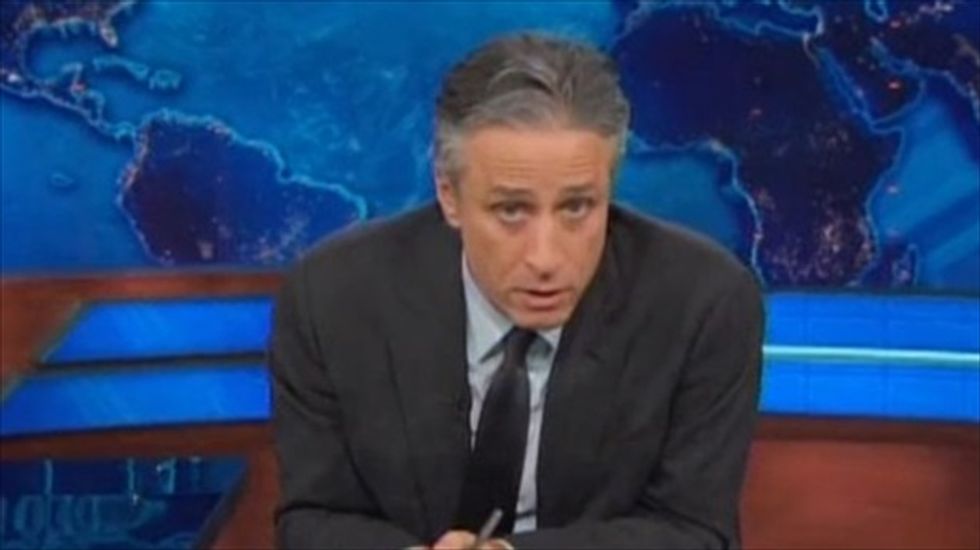 "President Barack Obama is our country's all-time leader in outside battlefield sky killing," Stewart said. "He's like, Barry Bombs of drone strikes, if you will."

Stewart pointed out that Obama's White House has gone from calling the killing of Americans without due process unconstitutional as a whole to trying to determine whether it can legally kill an American believed to be working with terrorist networks abroad.

"So that's our dilemma: It's not constitutional to kill an American without due process," Stewart explained. "But there's this American that we'd really like to kill."

But the Bush administration, he said, would also go to great length to redefine existing U.S. law to give credence to its practice of torturing prisoners -- which it came to call "enhanced interrogation techniques."

"Torture wasn't a moral issue," Stewart explained. "It was a branding issue. Their prisoners were tortured, but their decision-making never was."

Still, even if the Obama administration felt it was "above that kind of simplistic chicanery," Stewart predicted, "they will get there." As proof, he mentioned that, despite Obama's oft-stated intention of openness to congressional input onthe matter, he barred Central Intelligence Agency officials from attending a joint classified hearing and did not allow Senate Armed Services Committee members the necessary security clearance to be briefed on the issue.

"Apparently the first step in getting help is making sure that no one shows up to the intervention," Stewart said.