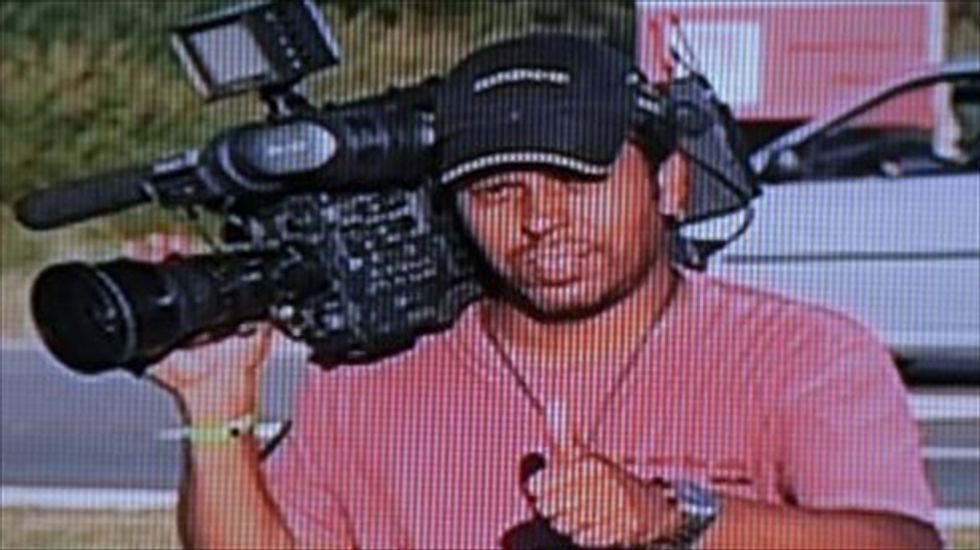 A Brazilian journalist injured while reporting on violent clashes with protesters in Rio was declared brain dead on Monday, highlighting concerns about security just four months ahead of the World Cup.

Television news cameraman Santiago Ilidio Andrade, 49, was left in a coma after being struck on the head by a flare during protests against bus fare increases last Thursday.

"My husband is gone. They have destroyed a solid family," Andrade's heartbroken wife told the Globo television channel in an interview.

Brazilian President Dilma Rousseff said she was "outraged and saddened" at news of Andrade's death.

"It is unacceptable that democratic protests are taken over by those who have no respect for human lives," Rousseff said on Twitter.

A 22-year-old protester was arrested on suspicion of manslaughter on Sunday after admitting to having handled a flare that later hit the cameraman.

Fabio Raposo said he had picked up the flare and handed it to another protester who had thrown it.

"It was an act of negligence and irresponsibility," Raposo's lawyer Jonas Nunes Tadeu told CBN radio, but he insisted there was no intent to harm Andrade.

Five others were injured in last week's protests, which began as a peaceful demonstration but exploded into violence, with around 1,000 people battling riot police who fired tear gas to disperse the crowd.

There is widespread anger in Brazil over the billions of dollars of public money spent on preparations for the World Cup and 2016 Rio Olympics at a time when the country is grappling with poor infrastructure and public services.

The latest violence has renewed concerns about security for the World Cup, which protesters have vowed to target once more.

The Brazilian Association of Investigative Journalism said Monday that 117 journalists had been injured since the outbreak of violent social unrest during last year's Confederations Cup.

The injuries of seventy-five of them, including an AFP photographer, resulted from the actions of Brazil's riot police, which has been criticized for heavy-handed tactics.

Last year's protests were triggered after increases in public transport fares, which were eventually suspended in the bigger cities such as Rio and Sao Paulo.

After a brief lull in November, protests have increased in frequency this year, led by a hardcore anarchist grouping known as the Black Bloc.

Although none of the protests have been on the same scale as last year's demonstrations, they have consistently ended in violent clashes with police.

The Black Bloc said in a post on its Facebook page on Monday that it "strongly deplored" the death of Andrade, saying the cameraman had been injured in a "fight for a better country."