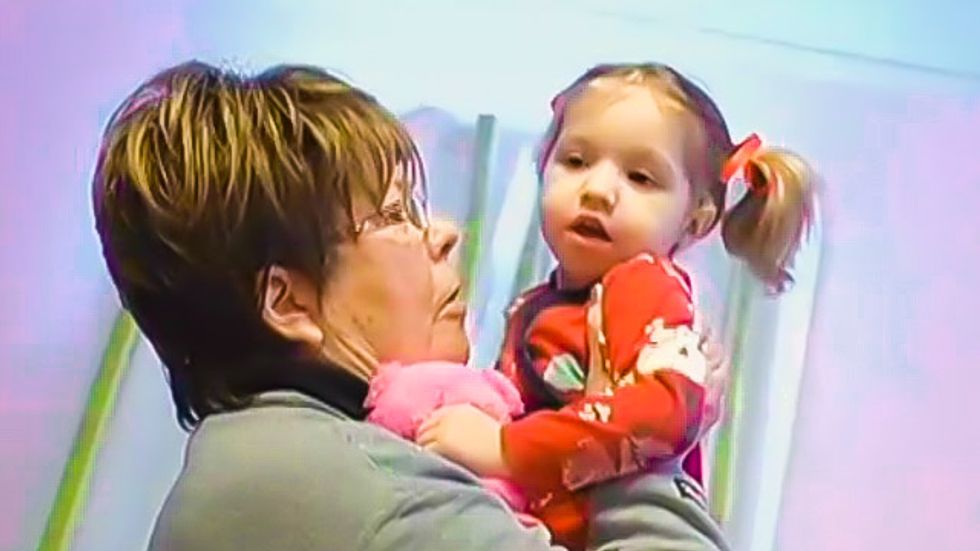 A Democratic lawmaker in Kansas says that her bill allowing teachers, caregivers and parents to beat children to point of leaving bruises is about restoring parental rights, not abusing children.

According to KCTV, the new legislation would permit teachers, caregivers and parents to strike children up to 10 times, and leave redness or even bruising.

McPherson Deputy County Attorney Britt Colle, who proposed the idea to Finney, told KCTV that the measure actually protected children by defining what parents were not allowed to do.

"This bill basically defines a spanking along with necessary reasonable physical restraint that goes with discipline, all of which has always been legal," Colle explained. "This bill clarifies what parents can and cannot do. By defining what is legal, it also defines what is not."

Colle said that the new rules would not allow children to be hit in the head or the body. Using a fist or a switch or a belt would also be against the rules.

But not everyone in Kansas thinks that turning back the clock on child beatings is a great idea.

"Twenty, 30 years ago, we didn't sit in car seats, and we do now," pediatric nurse practitioner and child care expert Amy Terreros pointed out. "So maybe they did spank or were spanked as a child, but now we have research that shows it is less effective than time out. It tends to lead to more aggressive behavior with a child."

If the bill passes, Kansas will be one of the few states to expand spanking rights. Corporal punishment has been banned completely by 30 states.

Finney has vowed to reintroduce the bill next session if House Corrections Committee Chairman John Rubin refuses to bring it up this year.