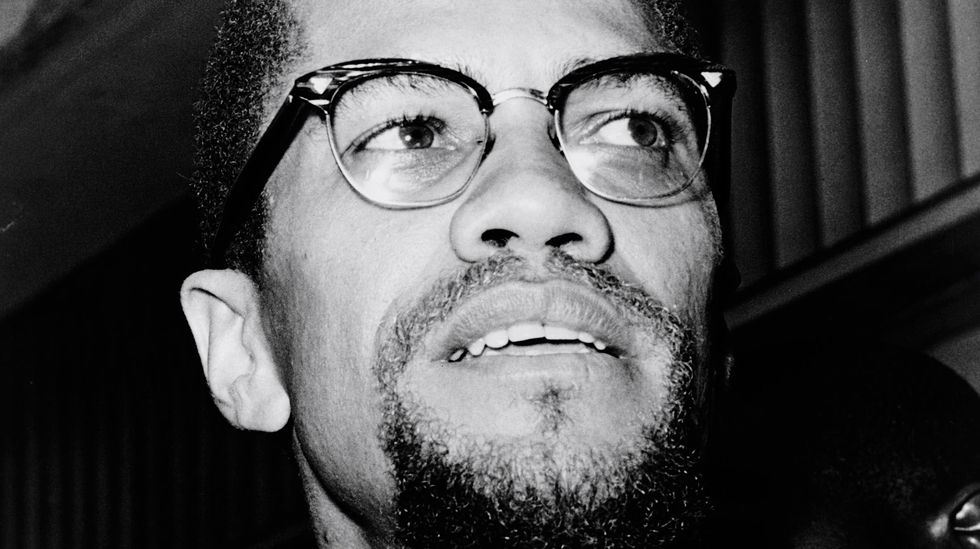 The revolutionary leader strived to live up to Islamic ideals. But it was his humility that made him a hero to us

When Malcolm X split with the Nation of Islam, he traveled on a pilgrimage to the holy city of Mecca, where he was exposed to mainstream Islam – the Islam that the majority of the Muslim world practices. Historically, of course, Mecca is where Prophet Abraham established a sacred site for the worship of one God. It was there that Malcolm X first witnessed unity among different people, irrespective of their race. He wrote of his trip:

But we were all participating in the same ritual, displaying a spirit of unity and brotherhood that my experiences in America had led me to believe never could exist between the white and non-white … But on this pilgrimage, what I have seen, and experienced, has forced me to rearrange much of my thought-patterns previously held, and to toss aside some of my previous conclusions. This was not too difficult for me. Despite my firm convictions, I have always been a man who tries to face facts …

This was typical Malcolm X: to discard false understandings in light of reality, to remain dedicated to the truth.

Today, many will remember the assassination of the revolutionary civil rights activist and reformer. Many will also undoubtedly lay claim to his legacy: his unswerving dedication to equality, unity and the truth.

For many Muslims, this is what made Malcolm X's life both inspirational and exemplary. We saw him as one of our own. We still do. He died, 49 years ago today, in a manner that we would consider to be martyrdom, because he died on the path to God.

Malcom X's life is also one that echoes the history of Islam itself. A little over 1300 years ago, the grandson of Prophet Mohammed, Hussain Ibn Ali, refused to pledge his allegiance to an unjust ruler. The ruler therefore ordered the beheading of Hussain, without so much as considering the stature or honor of the man he was about to kill. Afterward, the tyrant trapped a small band of Hussain's family and friends in the desert, denied them water for three days, and then challenged them to battle against an army of tens of thousands. Needless to say, the small army of Hussain was crushed and quickly subdued. With the exception of his very fragile son, all of Hussain's men were killed and women captured, ready to be chained and paraded in foreign lands.

But to this day, millions of people commemorate the event. In fact, the world's largest peaceful gathering occurs on the same day every single year in Karbala, Iraq, where an estimated 25 million people come together to mourn and remember Hussain Ibn Ali and his sacrifice.

Like Hussain Ibn Ali, Malcolm X's life exemplifies a dedication to truth and justice, as well as a commitment to faith. These are prime tenets to which all Muslims adhere, regardless of where they come from or what school of Islam they follow. I'd also like to think they're principles that all people – irrespective of creed or religion – can share.

Many Muslims revere Malcolm X not only for what he shares with other revolutionary figures, but also for his own special legacy. Like others, Malcolm dedicated himself to the pursuit of justice. He was always on a path of self-enrichment and he did his best to live up to Islamic ideals. But he made mistakes too, and his many imperfections have made him all the more relatable to Muslims everywhere, especially the younger generation. Malcolm's humility – his willingness to admit to his shortcomings if it led him to the truth – is arguably one of the most important lessons we, Muslims and non-Muslims alike, can draw from his life.