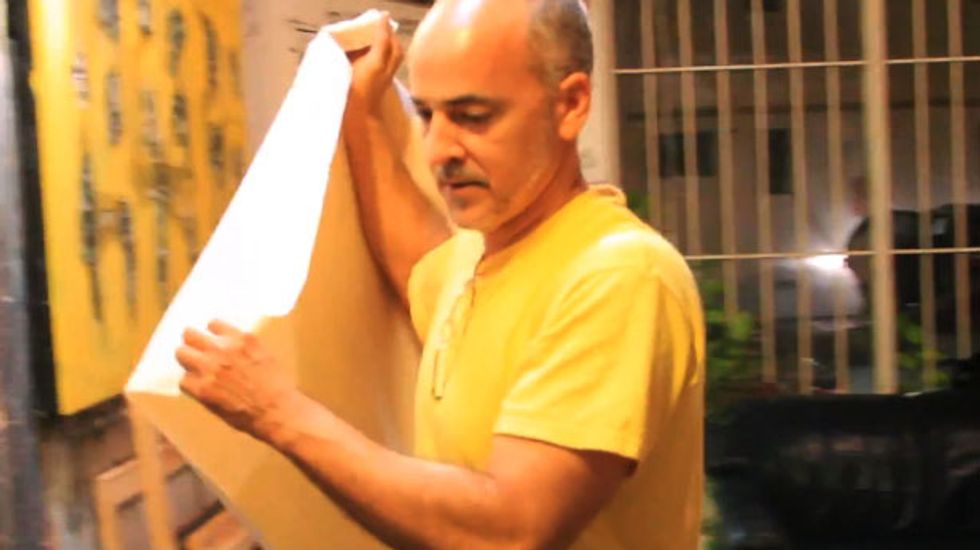 In Miami yesterday, a vase by Chinese artist Ai Weiwei that is estimated to be worth over $1 million was smashed by a man who believes that museums need to showcase more work by local artists.

Maximo Caminero, himself a local artist from the Miami area, was allegedly spotted picking up the vase in the Perez Art Museum Miami (PAMM) by one of the security guards. According to the police report, when she told him to put it down, he "threw and broke the vase on the floor in protest."

Caminero then "spontaneously told [police] that he broke the vase in protest of local artists and that the museum only displayed international artists."

He reiterated those sentiments to the Miami New Times, saying that "I did it for all the local artists in Miami that have never been shown in museums here. They have spent so many millions now on international artists. It's the same political situation over and over again. I've been here for 30 years and it's always the same."

The Dominican-born Caminero is an abstract painter whose work is "[b]acked by a number of prestigious critics" and has been "auctioned at prestigious houses in America and some [sic] acquired by American museums."

Ai Weiwei is an internationally renowned performance artist who was the subject of his own Frontline documentary, "Who's Afraid of Ai Weiwei."

Watch CBS Miami's report on the incident from February 17, 2014 below.