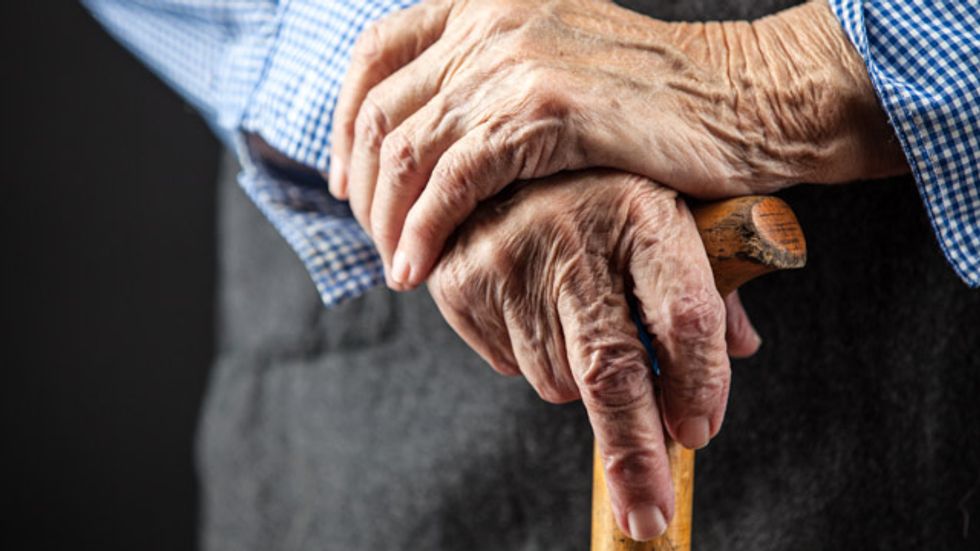 Authorities in South Carolina said this week that a deputy took the "appropriate response" by shooting a 70-year-old man who was reaching for his walking cane.

WCNC reported that Deputy Terrence Knox pulled over 70-year-old Bobby Dean Canipe Tuesday evening on Highway 321 after noticing his white Ford pickup truck had expired tags. Knox said that he told Canipe to stay in the vehicle, but the man disobeyed the order.

"The driver of the vehicle, 70-year-old Bobby Dean Canipe of Lincolnton, exited the vehicle and reached into the truck bed, and rose what Deputy Knox perceived to be a long barreled weapon," York County Sheriff's Office spokesperson Trent Faris said at a press conference on Wednesday.

Knox fired several shots at Canipe, who was hit once in the lung. He was transported to Carolinas Medical Center in Charlotte, and was expected to recover.

The York County Sheriff's Office followed standard procedure and placed Knox on paid administrative leave following the shooting. However, the department has already come to the conclusion that the deputy acted appropriately by shooting Canipe.

"The situation is very unfortunate. It does appear at this time that Deputy Knox's actions were an appropriate response to what he believed to be an imminent threat to his life," Faris remarked.

[Correction: A previous version of this report incorrectly said that York County was located in North Carolina]