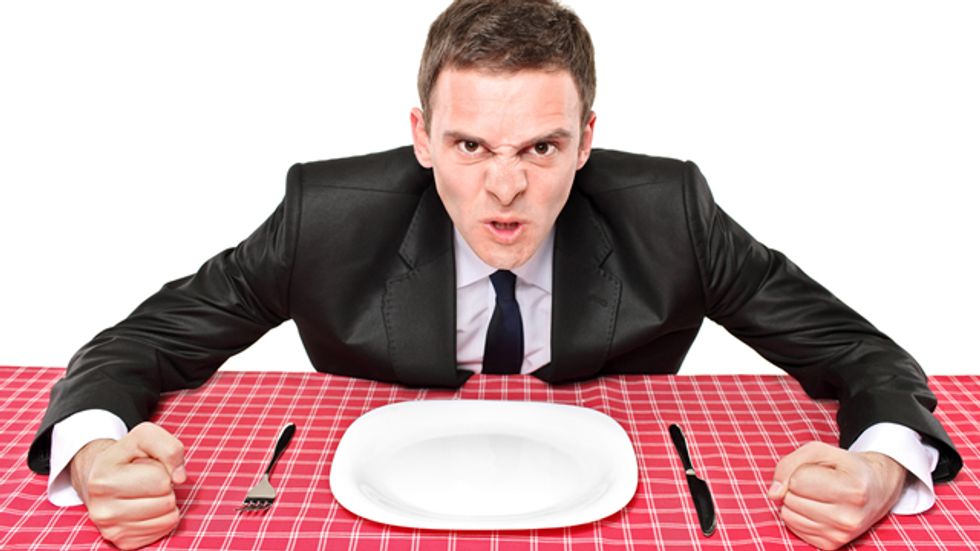 A restaurant outside of Oklahoma City is facing criticism after its outspoken owner made a series of inflammatory comments after one of his former customers, who is disabled, complained that he'd been banned from the establishment.

Matt Gard claims that the owner of Gary's Chicaros restaurant, Gary James, banned him from the restaurant because of his wheelchair. James, however, says otherwise: "He created an issue. You only have one time here. You create an issue, you’re out forever."

Gard claims that's just "a weak excuse," and that James's real problem with him is that he's disabled and uses a wheelchair.

James doesn't deny that he thinks some people shouldn't patronize his restaurant. "Well if you work, you own a business, pay your taxes, you’re more than welcome here," he told KFOR. "If you’re on welfare, stay at home and spend my money, there. I don’t deal with these people walking down the street with no jobs on welfare."

Gard also claims that James has routinely turned away customers for decades. "He doesn’t like certain people of race, color, ethnicity," Gard said of James.

James told KFOR that he's owned Gary's Chicaros for 44 years, so he "think[s] I can spot a freak or a f*ggot."

The restaurant's official t-shirt makes it clear that a "f*ggot" isn't welcome in James's establishment. It features that word, the N-word, and threatens violence against Muslims, Democrats, and members of many minority groups.

Watch the KFOR report on the incident below.

["An angry man waiting his food in a restaurant" on Shutterstock]