GOP Rep: Healthcare is just one drunken car crash away 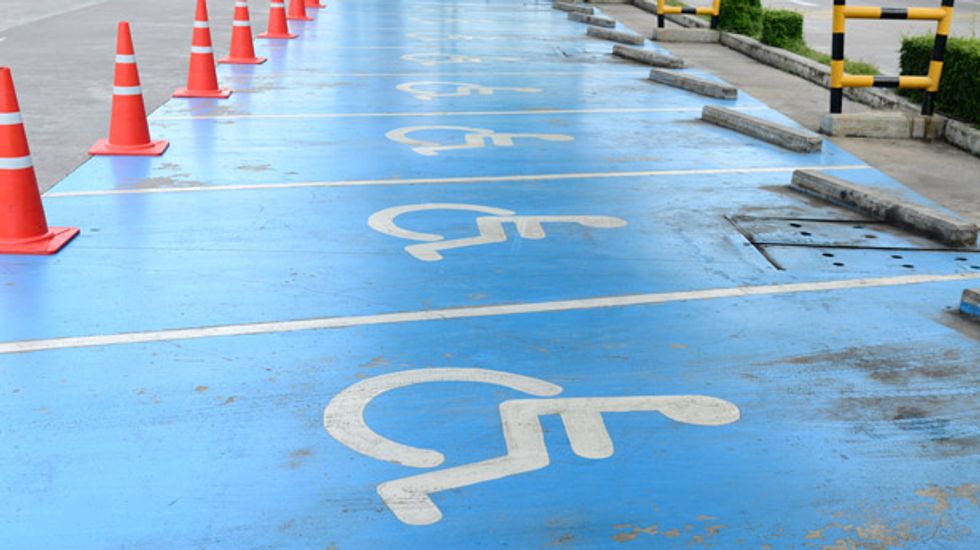 Everybody who lived in the town where Bubble Boy lived loved him because he suffered from an autoimmune  disease which forced him to live in a 'bubble'. And living this way was supposed tomake sad and noble in that way that we always assume that people who have been dealt a shitty hand in life are sad and noble and can probably teach us Important Life Lesson or two.

Except, in the Seinfeld case:  Bubble Boy was a dick.

Trading on his illness, he had free rein to be as big of an asshole as he wanted, knowing full well that people will look the other way and bite their tongue before they would say a disparaging word about the less fortunate among us, no matter how dickish they may act.

Eleven years ago, Miller and a buddy got drunk and went for a drive (Miller can't recall who was driving) when the truck they were in plunged off a ravine. Miller didn't die, but he suffered a broken neck and was paralyzed.

As Max Brantley at the Arkansas Times explains:

Months of hospitalization and rehabilitation followed, including a long stretch in intensive care at St. Vincent Infirmary. There was a $1 million bill. Medicaid paid most of it. Miller was placed on disability and checks began. In time, between Medicaid and Medicare, all his health costs were covered by the federal government. For that reason, he need not be among the 82 Arkansas legislators (61 percent of the body) who enjoy heavily subsidized and comprehensive state employee health insurance.

After the government picked up all of Miller's bills, he picked himself up and  got a job managing rental units (some of which are government subsidized) and then ran for state office.

Good for him. Inspiring.

But now the Republicans are using his disability as a shield to go after the expansion of Medicaid, and Miller is going along for the ride.

As Brantley  noted, Miller has invoked FDR's "a hand up, not a "handout."

And by a handout, he means what is given to people who are not him.

He said some who qualify for the private option aren't working hard enough. He claims many want health insurance just so they can get prescription drugs to abuse. He draws distinctions with government help for catastrophic occurrences such as he suffered. He falls back, too, on a developing defense from private option holdouts that they prefer an alternative that wouldn't end coverage for the 100,000 people currently signed up, at least until next year.

"My problem is two things," Miller said. "One, we are giving it to able-bodied folks who can work ... and two, how do we pay for it?"

I'm no economist or health care expert, but I would assume that we would pay for it in much the same way that we spend a million dollars on some idiot who goes out, drives drunk, and paralyzes himself.

Many of the people in need of quality health care are predisposed, genetically and otherwise, to various illness and disabilities. It is written in their blood, in their genes, and in their stars.

If you want to say that stupidity is also genetic, I can't say that I would argue with that.

But Miller wants to take the hand that lifted him up and turn it into a fist with the thumb turned down for people who are not the Josh Miller who has been given so much for being so dumb.

Therefore: Josh Miller is a dick

Fortunately for him though, under the Affordable Care Act, that is considered a preexisting condition which is also covered...