Pat Robertson: 'Keep your mouth shut' after having sex with transsexuals 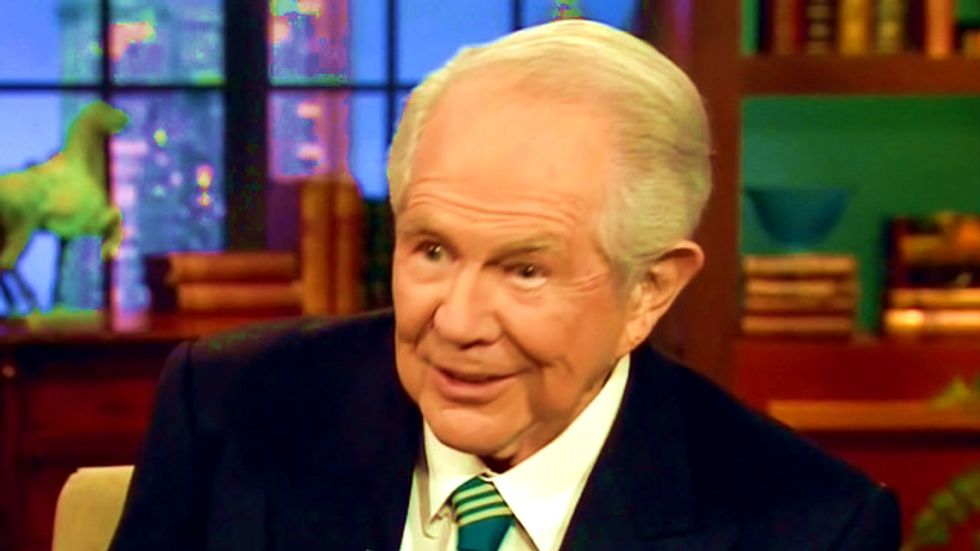 Televangelist Pat Robertson has some advice for men who have sex with transsexual women: "Keep your mouth shut."

On Monday's edition of CBN's The 700 Club, a viewer told Robertson that he felt guilty because he had never told his wife that he had a transsexual girlfriend before they were married.

"Before I met my wife, I fell in love with a beautiful woman and had a relationship for six months," the man said. "We broke up after she told me she was transsexual."

"What you should do is keep your mouth shut," Robertson advised. "That's real simple. You know, all of us did stuff before we were married, but you don't parade out all your girlfriends or your boyfriends or your sexual encounters or whatever you did. You just don't do it."

"You come to Jesus, he had forgiven you," he added. "That's the old life, now you've turned the page."

Another viewer wanted to know how she was supposed to "honor" her mother as the Bible instructed if her mother was a Wiccan and practiced witchcraft.

"I think if a parent goes into witchcraft, goes into unlawful behavior, they're trying to get their child to sell drugs, for example, or they want to get their daughter to engage in prostitution, you name it," he opined. "I think they have lost their authority before the Lord. I think they are no longer in that position deserving honor."