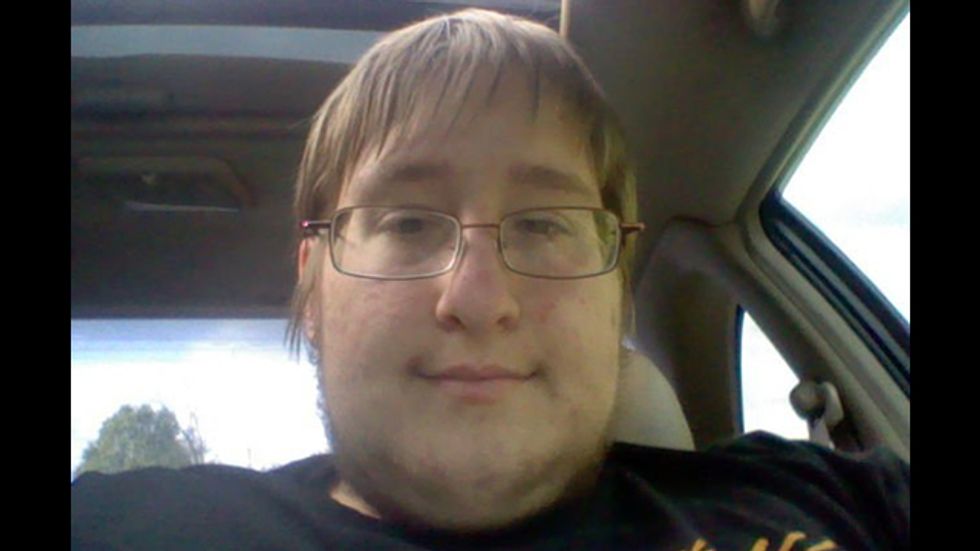 Pastor David Slautterback of Ambassador's Bible Chapel in Pennsylvania announced to the congregation during a recent church service that a man's membership had been revoked because he was gay.

After 20-year-old Bobbie Pierce was condemned by the church and denied communion, he posted a copy of a letter of discipline he received to The York Daily Record's Facebook page because he wanted others to know that they were not alone.

"I've heard so many stories of someone who is homosexual who has a strict Christian family, who commits suicide," Pierce told the paper.

In an interview with the Daily Record, Pastor Slautterback said that Pierce was welcome to continue attending church services as long as he did not speak out about his sexuality. The pastor and other church members also wanted Pierce to repent for his "sin."

"We're accused of hate, Bobbie has accused us of hate," Slautterback said, adding that it was Piece who committed an "an action of hate" by sharing the church's letter.

"We placed Bobbie under church discipline out of love for Bobbie and regard for his soul," the pastor explained. "I do not believe that a homosexual person has to be homosexual any more than I believe that a person who is inclined to steal steals."

To make his point, Slautterback quoted Matthew 5:27–28: "Thou shalt not commit adultery, but...whosoever looketh on a woman to lust after her hath committed adultery with her already in his heart."

But Pierce said that he was sure "homosexuality isn't a sin, it isn't a choice" and vowed to continue attending the church "to show that I'm going to rise above the hate, or at least I'm not afraid."

"The members of the church are like a family," he pointed out. "That's where I grew up. Even with the non-acceptance of homosexuality, it's still my church where I felt comfortable."

Slautterback acknowledged that many churches were now accepting LGBT members, but he said those churches did not treat the Bible "with the same respect."

"I realize the conservatives are in the minority today, it doesn't mean we're wrong," Slautterback insisted. "Those kinds of [conservative] churches by and large are not wrestling it. This [homosexuality] has been a sin since the scriptures were written."

COVID-19 is making us less religious — with some curious exceptions

In times of crisis, humans often turn to faith for reassurance. Oddly, the COVID-19 pandemic might go down in history as an exception — when, according to some research, many people actually turned away from faith, and became less religious.

According to a study published earlier this month in the Journal of Religion and Health, the two largest religious groups in Germany both saw significant drops in religious faith during the COVID-19 pandemic — particularly during the more stringent lockdowns which followed the second wave.

The Jan. 13 filing of seditious conspiracy charges against 11 members of the Oath Keepers militia is one of the darkest and most important chapters in the history of right-wing extremism.

The government case opens a window into the comically dangerous world of paranoid coup plotters who stormed the Capitol last Jan. 6. It shows how the Oath Keepers acted as a bridge between far-right extremists and average Trump supporters. The case sheds new light on how the “war on terror” led directly to Jan. 6 by stoking nativism, racism, and Islamophobia and created a huge pool of angry veterans ripe for recruitment by the Oath Keepers.