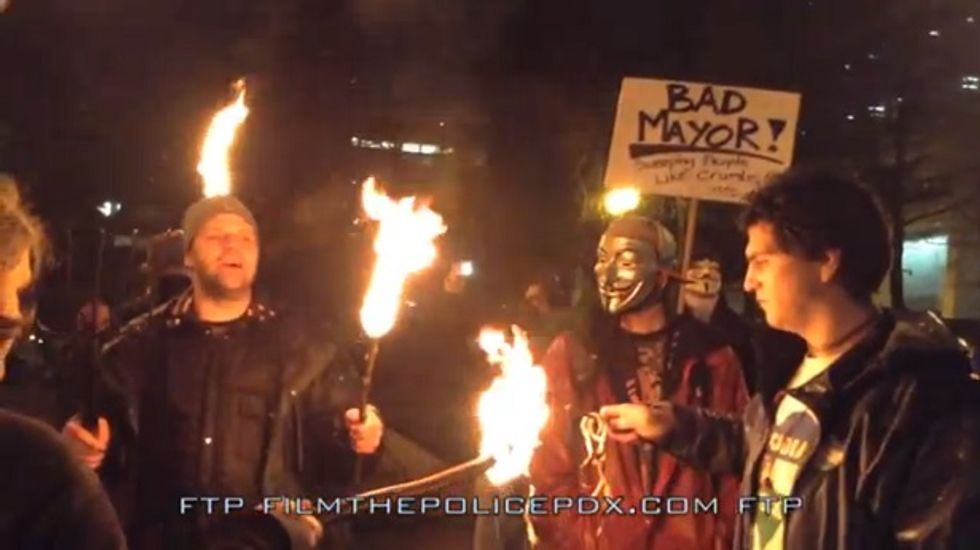 Protesters in Portland, Ore., showed up at the doors of city hall carrying actual pitchforks and torches, to express their anger about proposals to change laws related to homelessness in the progressive city.

Portland's leaders have begun debating a bill that would allow police to target homeless people sitting on sidewalks, according to The Oregonian.

The new laws would make it easier for police to clear out homeless encampments, which opponents say would merely exacerbate the problem as police discard homeless people's only warm clothing and blankets during a purge.

Mayor Charlie Hales "told reporters at Oregon Live "This is not about homelessness. It's about lawlessness."

But a self-described "angry mob" of protestors took to City Hall on Tuesday waving pitchforks and torches. "We demand that our city council stop making homelessness a crime," one protester identified only as "Justin" says to the camera.

Watch the protest unfold below.