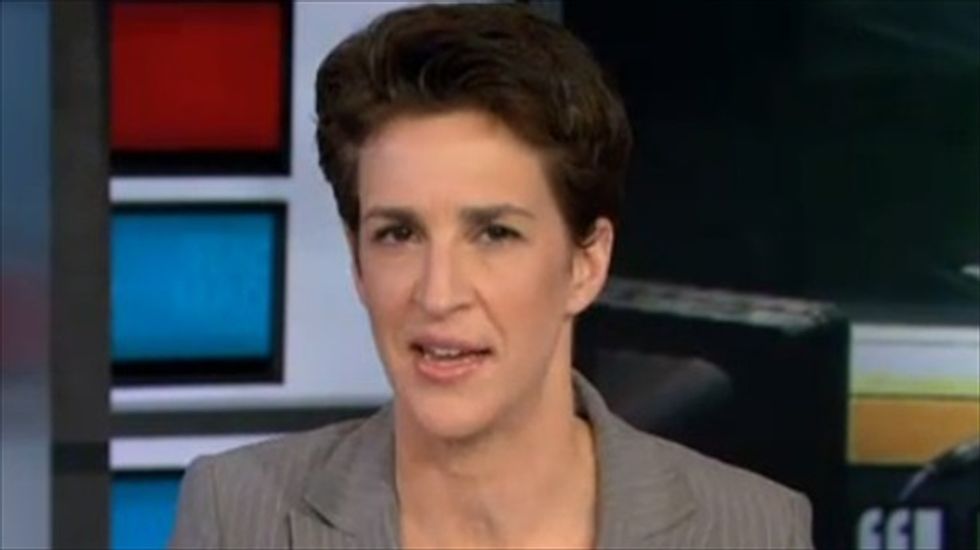 MSNBC host Rachel Maddow pointed out on Wednesday night that the issues surrounding West Virginia's water supply have not abated, despite the assurances by Gov. Earl Ray Tomblin's (D) administration that the problem would be resolved quickly.

"If that is where you left the story, if you figured, 'Oh, water's back on, that must be the end of it,' then what you missed in this story was this situation going from really bad to even worse to 'Oh my God, how is this happening?'," Maddow said.

In the days since she first highlighted the toxic Jan. 9 spill at a Charleston facility -- which left 300,000 residents without water -- Maddow pointed out that not only have officials been forced to reverse course on at least one directive that the water was safe again, but that Freedom Industries, the company in charge of the plant, reported that a second chemical had leaked 19 days after the initial incident.

In the latest incident, Maddow pointed out that two schools reported "the return of the syrupy smell" emanating from their water pipes, forcing them to be flushed again. Meanwhile, residents suffering from liver or kidney illnesses or immune system difficulties have been advised not to drink the water.

Regardless, Tomblin and officials from the Center for Disease Control and the Environmental Protection Agency insisted to the public that the water is safe, leading to a scene at a press conference where local reporters pushed back against their claims.

However, Tomblin initially balked at the prospect of having officials test water pipes for residents statewide, before apparently backtracking on that Wednesday afternoon.

Watch Maddow's commentary, as aired Wednesday on MSNBC, below.