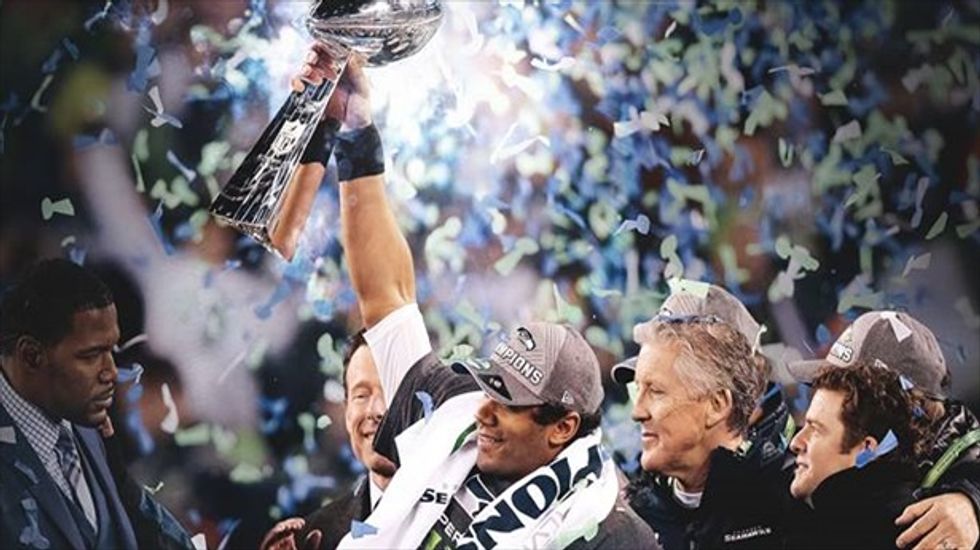 The prospect of Arizona Gov. Jan Brewer (R) signing into effect an anti-LGBT law has the National Football League exploring its options for moving the Super Bowl out of the state, Sports Illustrated reported on Wednesday, citing an anonymous league source.

"It'd be incredibly logistically challenging to pull it off and no one's even sure if it's possible," the source was quoted as saying. "Some expert would have to make a decision on that at some point, but the game's going to be played somewhere next year."

If Brewer signs SB 1062, which supporters say would protect "religious freedom" by allowing business owners to refuse service based on their beliefs, 24 of the league's 32 owners would have to approve a change in host cities. Brewer has until the end of the day Saturday to decide. In 1993, the NFL stripped Arizona of host duties for Super Bowl XXVIII after voters struck down a bill marking Dr. Martin Luther King's birthday as a state holiday, and moved the game to Pasadena, California.

"No one wants to do this, but if the league's hand is forced, it would have to begin preparing for that process," the source told SI. "If this doesn't get vetoed, it has to know, what has to be done next? That discussion has begun."

The game is currently scheduled to be held at University of Phoenix Stadium in Glendale, Arizona. But both the Arizona Super Bowl host committee and the Arizona Cardinals, the stadium's regular tenants, have urged Brewer to veto SB 1062.

However, if she does sign the bill and league owners approve a change of venues, the source told SI that the NFL would likely approach Tampa, Florida as its first option. Tampa came in second in the bidding to host the 2015 edition of the game.