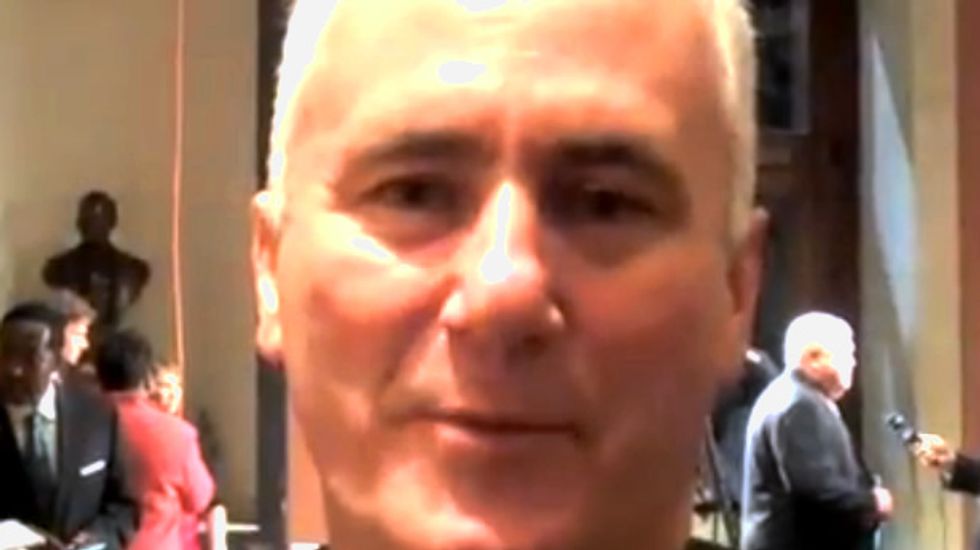 A South Carolina legislator wants to punish two public colleges for teaching a book that discusses homosexuality to freshmen.

State Representative Garry Smith (R-Simpsonville) claimed that teaching Alison Bechdel's award-winning graphic novel Fun Home and the compilation Out Loud: The Best of Rainbow Radio to freshmen amounted to "purely promotion of a lifestyle with no academic debate."

On Twitter, Rep. Smith claimed that Alison Bechdel's book is "porngraphy," and that he would be "arrested" if he gave it to a 17-year-old.

@AshleyySprouse because I I were to give this book to a 17 year old I would be arrested. And the University bought 4,000 and distributed...

@AshleyySprouse when the book could be considered pornography. See pages 214-215.

To protest this "promotion," he put forward a spending plan that cut $52,000 from the operating budget of the College of Charleston, and $17,142 from the University of South Carolina Upstate.

Rep. Smith said that his objection is not to the teaching of the books themselves, but to the fact that they are required reading in a course, and that students are not allowed to read other material if they find the content of these books objectionable.

He elaborated on Twitter, writing that "diversity is not telling those of other views tough":

@AshleyySprouse because diversity is not telling those of other views tough.

Some of his fellow Republicans are uncomfortable with Rep. Smith's decision to dictate reading lists from the state legislature. Rep. B.R. Skelton (R-Six Mile) attempted to restore the funding to the colleges' budget, saying that "if we're going to begin funding institutions on the basis of books they've assigned, we're going down a road we don't need to go down."

Rep. Jim Merrill agreed: "This might make us feel better, but it's kind of stupid."

The House Ways and Means Committee, however, defeated Rep. Skelton's attempt to restore the funds by a vote of 13-10.

[Screen capture via Rep. Smith's "Response to the State of the Union" on YouTube]