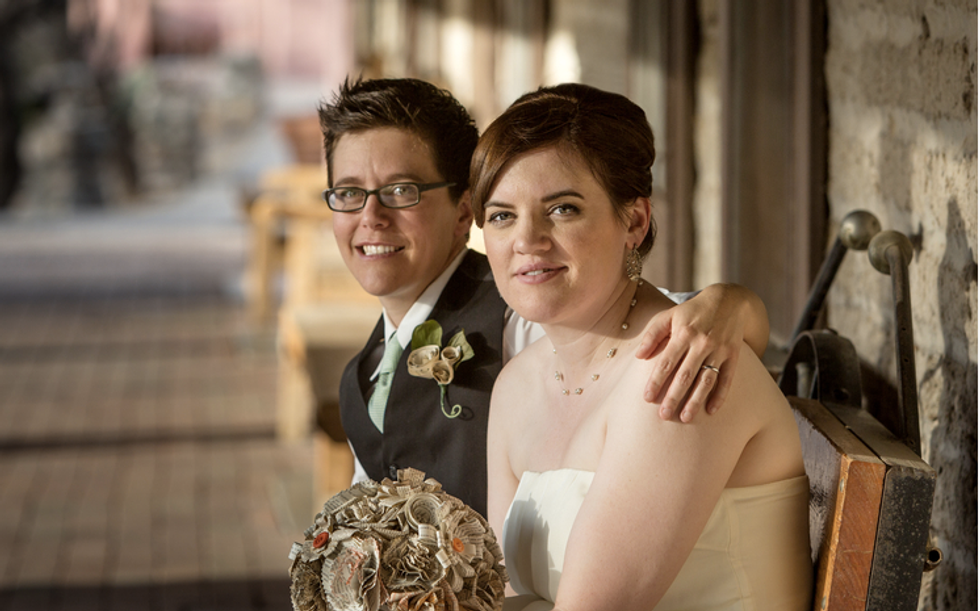 A judge in a Texas federal court has declared that the state's ban on same-sex marriage is unconstitutional. According to Talking Points Memo, U.S. District Judge Orlando Garcia ruled on Wednesday that the ban violates the Fourteenth Amendment of the Constitution, which guarantees all Americans equal protection under the law.

Texas LGBT rights website LoneStarQ.com quoted Garcia's decision, which read in part, "“The issue before this court is whether Texas’ current definition of marriage is permissible under the United States Constitution."

"(T)he Court holds that Texas’ prohibition on same-sex marriage conflicts with the United States Constitution’s guarantees of equal protection and due process," Garcia continued. "Texas’ current marriage laws deny homosexual couples the right to marry, and in doing so, demean their dignity for no legitimate reason. Accordingly, the Court finds these laws are unconstitutional and hereby grants a preliminary injunction enjoining Defendants from enforcing Texas’ bans on same-sex marriage.”

Two same-sex couples sued the state, arguing that the ban against their marriages was a violation of their rights.

Garcia granted a temporary injunction on the ban, meaning that same-sex couples can marry in Texas until the next stage of legal action.

The full decision is embedded below via Scribd:

[image of lesbian couple on their wedding day via Shutterstock.com]