The Times They Are a-Changin': Fifty years of Bob Dylan's stark challenge to liberal complacency 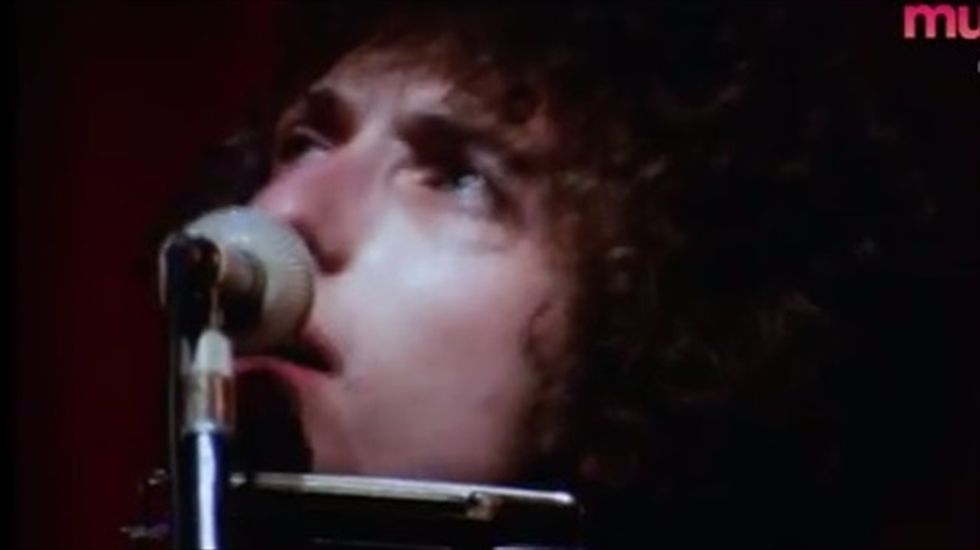 Fifty years ago this month the 22-year-old Bob Dylan released his third album, The Times They Are a-Changin' – the acme and as it turned out the end of his "protest" period. Dylan renounced this genre so quickly, and took his fans on such a giddy journey afterwards, that there's a tendency to downplay the extraordinary achievement and impact of his work in this brief initial phase of a long career.

As a collection, the album is one of the high watermarks of political songwriting in any musical genre. These are beautifully crafted, tightly focused mini-masterpieces. And they have a radical edge, a political toughness, that one rarely finds in the folk music of the period. Abstract paeans to peace and brotherhood were not for Dylan; the songs are uncompromising in their anger and unsparing in their analysis.

The album includes the two songs Dylan had sung at the March on Washington, six months earlier. But while Martin Luther King appealed to an inclusive future, Dylan struck a very different note: When the Ship Comes In was a revenge fantasy whose joyously vindictive climax is a vision of the total destruction of the oppressors; the other song, Only a Pawn in Their Game, was written in response to the assassination of the civil rights leader Medgar Evers in Mississippi, in June 1963.

The subject of this song, however, is not the martyred activist, but the man who killed him. And rather than a villain or psychopath, Dylan portrayed him as the product of a system: a system that set poor white against poor black for the benefit of an elite. A South politician preaches to the poor white man / "You got more than the blacks, don't complain. / You're better than them, you been born with white skin," they explain.It was a class analysis of white supremacy, made at a time when this was a fringe idea even within the civil rights movement – though that would soon change.

In The Lonesome Death of Hattie Carroll Dylan again situates an act of racist violence within a larger system of social hierarchy. It's a story told with the deliberation of constrained outrage, leading to a devastating payoff in the final verse, which reveals the complicity of the state, and society at large, in the crime. "Now," Dylan scolds us, "is the time for your tears." Unusually for the time, Dylan does not allow his audience to wallow in moral superiority. At every turn, he challenges liberal complacency.

The album's treatment of the cruelties of class is stark. In Ballad of Hollis Brown, a farmer is driven to the destruction of his family and himself by the relentless pressure of poverty. North Country Blues chronicles the fate of an iron-mining town in Minnesota when the owners shift production to "the South American towns, where the miners work almost for nothing". It's a story of de-industrialisation and globalisation, written long before those terms entered the lexicon.

With God On Our Side, a sweeping survey of American warfare from the genocide of the native population to the nuclear standoff of the cold war, is a radical revision of the authorised version of American history (decades before Howard Zinn). In this centennial year, the verse on the first world war stands out: The reason for fighting / I never got straight / But I learned to accept it / Accept it with pride / For you don't count the dead / When God's on your side.

Where did the politics come from? Woody Guthrie had been Dylan's first connection to the radicalism of the 30s, and in New York he met other veterans of the half-forgotten Popular Front era, including Pete Seeger. In the Greenwich Village folk scene he mingled with socialists, anarchists and pacifists. You wouldn't know it from the film Inside Llewyn Davis, but this was a milieu buzzing with political argument and radical ideas. But the spark was surely the upsurge in youth activism, most notably in the sit-ins in the south, where young people had engaged in a direct challenge to power and succeeded in redefining the boundaries of the politically possible. Their boldness supplied Dylan and others with the self-confidence to "speak truth to power".

The album also includes three intimate, enigmatically personal songs. Boots of Spanish Leather and One Too Many Mornings are both evocatively equivocal. Restless Farewell, the album's finale, is mainly of interest in hinting at Dylan's imminent departure from what he'd come to see as the protest-song straight-jacket. "So I'll make my stand / And remain as I am / And bid farewell and not give a damn."

As for the anthemic title song, even in its day many found its naivety and generational self-righteousness irritating. And yet, in articulating in such broad rhetorical strokes the belief that epochal change was possible and imminent, Dylan left us with a precious distillation of a historical moment. Over the decades the song has acquired an elegiac patina as the millennial hopes that produced it recede into a distant past. But just as the injustices challenged by Dylan's songs are still very much with us, so too is the need for the all-embracing emancipatory aspiration of The Times They Are a-Changin'.

• Mike Marqusee is the author of Wicked Messenger: Bob Dylan and the 1960