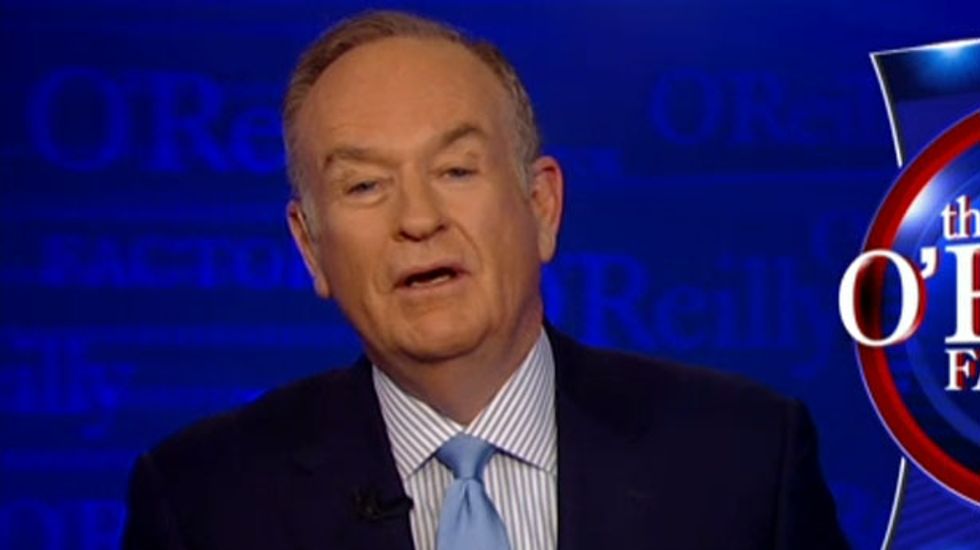 In an interview on Tuesday with conservative talk radio host Hugh Hewitt, Fox News personality Bill O'Reilly went on an epic tirade over unflattering comments by Washington Post political columnist Dana Milbank. According to Talking Points Memo, O'Reilly called Milbank a "weasel" who is "beneath contempt" and wondered on what grounds the Post could employ "a guy like that."

On Monday, Milbank wrote of O'Reilly's Sunday interview with the president that the bellicose Fox host had "10 minutes to question the man he decries to millions nightly. O’Reilly devoted nearly 40 percent of his time to the attacks on U.S. facilities in Benghazi, 30 percent to the Obamacare rollout and 20 percent to IRS targeting."

"Along the way, he interrupted the president 42 times, by my count," Milbank wrote, "although, given the amount O’Reilly spoke, it may be more accurate to say Obama was interrupting him. Sometimes he argued with Obama as though the president were a guest on 'The O’Reilly Factor.' Of the 2,500 words uttered during the interview, O’Reilly spoke nearly 1,000 of them."

O'Reilly told Hewitt that Milbank's assessment was unfair and disingenuous.

"You know, the far left kooks like this nut at the Washington Post, Milbank, well, he’s a dishonest man, Milbank," O'Reilly sulked. "You know, he says the interview was nasty. Did you think it was nasty?"

Hewitt replied that Milbank is "out to lunch" and that O'Reilly did a splendid job. He asked O'Reilly if he would welcome Milbank to appear on O'Reilly's "No Spin Zone" program on Fox News.

"Probably not," O'Reilly said. "He’s a weasel, in my opinion, beneath contempt. I probably would not invite him on the program. Number one, the audience despises him. And number two, I don’t really care what he says. I care that the Washington Post employs him. That’s what I care about. Whatever he says doesn’t bother me, because I know where he’s coming from. But the fact that the Washington Post would employ a guy like that, I mean, it’s really disturbing."

But he doesn't really care what Milbank says, O'Reilly insisted. It's the "declining standards of journalism" that make him so angry.

"The Washington Post editors," he went on, "if they watched the interview, which God knows if they did or not, had to know that Milbank was lying. And they had to know that he was lying for a reason, that he’s a far left zealot. It’s okay to be a liberal columnist, but once you cross the line into lying to promote what you want, then the paper’s got to take action."