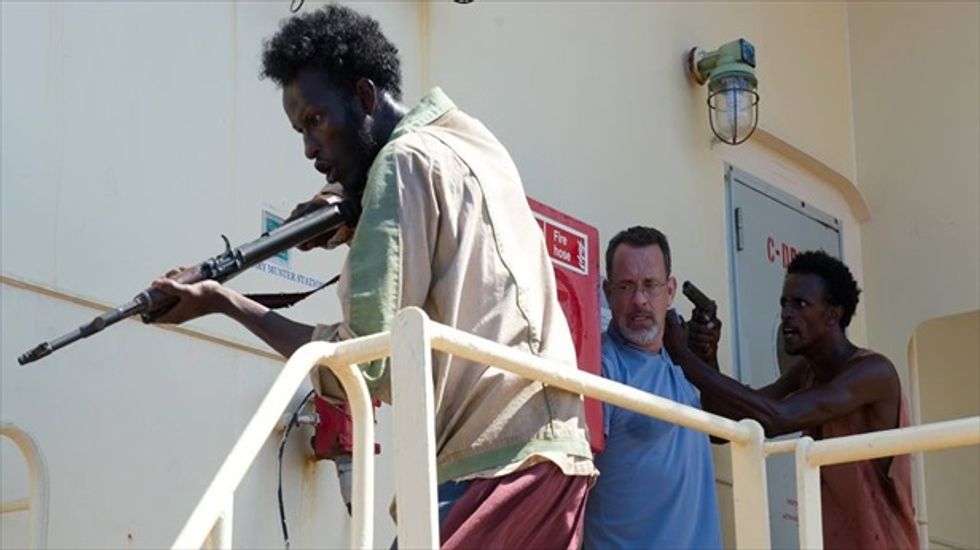 COPENHAGEN (Reuters) - Two American security workers have been found dead on the Maersk Alabama, a ship made famous by the Hollywood movie "Captain Phillips" in 2013, an oil and shipping group said on Wednesday.

A.P. Moller-Maersk said in a statement that the two men were found dead in a cabin on board the vessel in the afternoon of February 18 in Port of Victoria in the Seychelles.

The Maersk Alabama was targeted by Somali pirates in an attempted hijacking off the east coast of Africa in 2009. The 2013 film "Captain Phillips" is based on the incident.

Maersk gave no details about how the two men had died.

"The cause of the death for both men is part of the ongoing investigation, but it was not related to vessel operations or their duties as security personnel," its statement said.

Local law enforcement agencies were investigating the deaths on the Maersk Alabama, which berthed in Port of Victoria around midday on February 17. The security contractors had boarded the vessel on January 29, Maersk said.

Maersk Alabama is part of a U.S.-flagged fleet controlled by Maersk Line Limited, a unit in A.P. Moller-Maersk, which performs military, government and humanitarian missions by transporting cargo on its container, tanker and multi-purpose ships, according to the company's website.

It said the Maersk Alabama is persistently in high-risk areas since it provides feeder service - calling at smaller ports to collect containers that are later loaded on bigger container vessels - to the east coast of Africa.

"Captain Phillips", directed by Paul Greengrass and starring Tom Hanks and Barkhad Abdi, is based on the attack on the Maersk Alabama in 2009, when Captain Richard Phillips was taken hostage by pirates led by Abduwali Muse in the Indian Ocean.