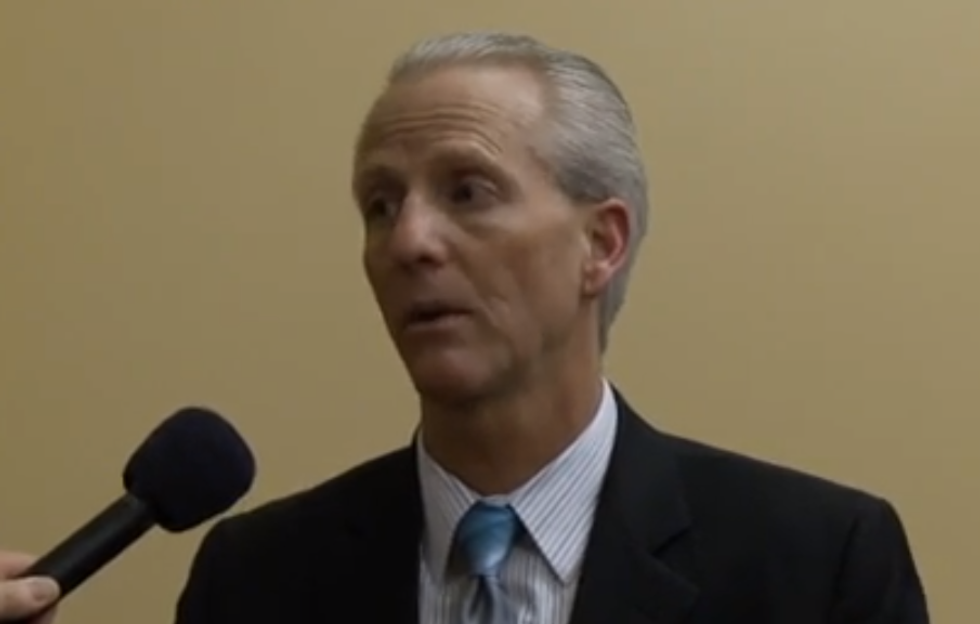 A pair of Republican legislators in Utah are apologizing after a trans-bashing Twitter conversation sparked outrage around the country. According to Salt Lake City's KSL Channel 5, state Rep. Jake Anderegg (R) and Senate President Wayne Neiderhauser (R) claimed that the offensive tweets were a joke that got out of hand.

The two men were making light of Utah's Senate Bill 100, a nondiscrimination law that would protect the housing, employment and other rights of LGBT people.

On Monday, Anderegg tweeted that the House office building's private men's room was full, so he sarcastically said that he would "Strongly considering a gender identifying change to use the open womens [sic]."

The Salt Lake City chapter of Parents and Friends of Lesbian and Gays (PFLAG) tweeted, "This exchange is completely inappropriate, insensitive and rather offensive."

In an effort to tamp down the mounting outrage, Niederhauser, Anderegg, their interns and staff and other lawmakers agreed to meet for "sensitivity training" with a group of eight LGBT activists at the state capitol.

Brandie Balken, Executive Director of Equality Utah said, "Would we think it was funny to say ‘Oh, there's no parking. The handicap stall is open? I'm going to go ahead and cut off my legs so I can park in the handicap parking.'"

"That's not funny," she informed the Republicans, insisting that the lives of LGBT people are not a joke and that trans people do not transition just because it's somehow "convenient."

"As we seek to build a better Utah, and a better society," Balken continued, "it's always good to remember that even if the experience that someone has is vastly different from our own, it still deserves respect and it still deserves to be treated with sensitivity."

Niederhauser said that an intern in charge of his Twitter account is actually to blame for his contribution to the offensive conversation. Nathan Brady, the state's Legislative Intern Director, said that the intern is now "distraught" and that she didn't mean to offend anyone.

The Republican-dominated state legislature decided on Wednesday to postpone consideration of the nondiscrimination bill indefinitely while the state wrangles in court to have the state's recent marriages of same-sex couples invalidated.