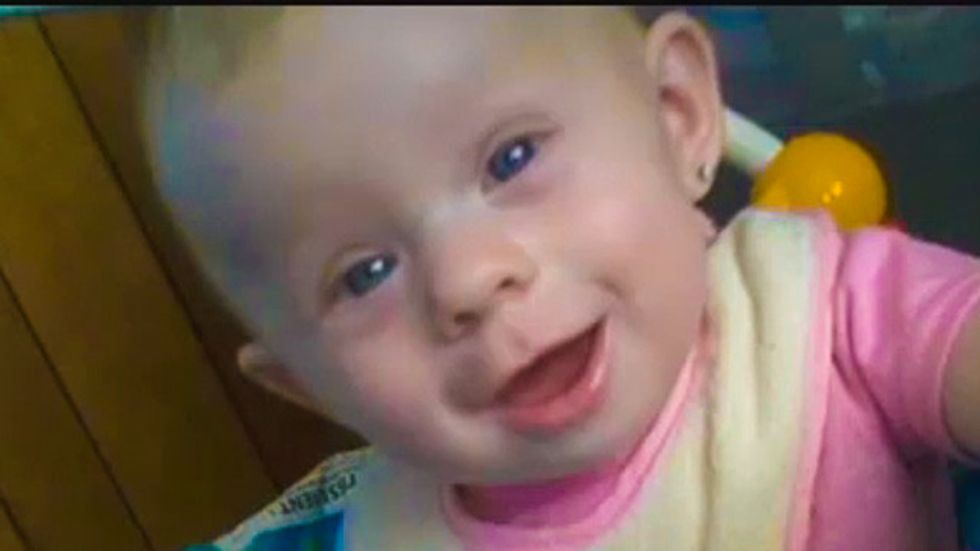 The family of a dead 2-year-old girl in Vermont is blaming the Vermont Department for Children and Families (DCF) in Rutland for returning the child to her home even though they were aware of repeated abuse.

On Monday, 31-year-old Dennis Duby was charged with second-degree murder for squeezing the skull of his stepdaughter, Dezirae Sheldon, until she died.

“It appeared that someone held her head so tight her skull cracked,” a doctor who treated the child reportedly told investigators after she was brought to the hospital on Friday.

But family members said that the child would still be alive today if the Vermont Department for Children and Families had not ignored warning signs.

Last year, mother Sandra Eastman was found guilty of waiting a week or more to seek medical care for the child's broken leg, according to WCAX. A full body scan revealed at the time that Dezirae also had older injuries.

Sandra Eastman was placed on probation, and the 2-year-old was back in her custody less than 3 months later.

"I just opened the door and I look at Dezirae and her whole face was bruised," family friend Michelle Brown recalled. "And I looked at Sandy and said what happened? And she said Dennis dropped her into the pack and play. And I said that's not from a pack and play fall. Her whole face is bruised."

"I said she's going to kill her," Lisa Eastman explained. "She is going to die. I said I'm never going to see her again. I know it. I knew it in my heart this was going to happen. But nobody listened."

WCAX also noted that Sandra Eastman lost custody of a 15-year-old boy in 2008 after she got pregnant with his child. She was convicted of molestation, and spent 5 months in jail. A 1-month-old daughter is also reportedly in state custody.

As protesters demonstrated outside DCF offices in Rutland on Monday, Commissioner Dave Yacovone vowed to conduct a thorough investigation to determine why Sandra Eastman had custody of Dezirae, even though she had lost custody of her two other children.

"I want to meet face-to-face with the family members," Yacovone insisted. "I want to listen to them. I want to share with them that my very full intent is to make sure that a very thorough review is done of this."