W. Virginia schools shut down after tainted water is linked to headaches and dizziness 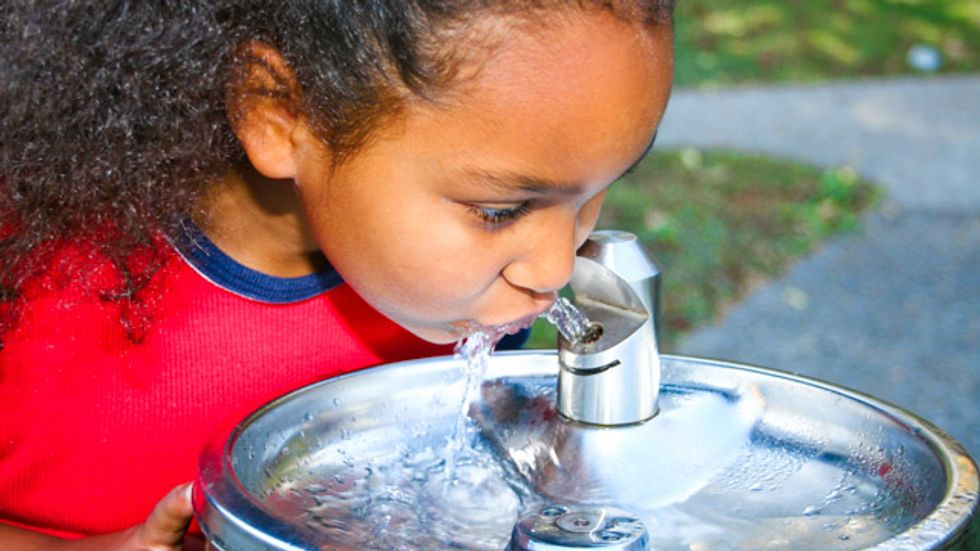 Four West Virginia schools were forced to send students home earlier on Monday after teachers linked a chemical smell coming from the water to headaches and dizziness.

WCHS reported that Principal Erin Sullivan of Grandview Elementary School in Charleston followed protocol and dismissed the children early after learning of an odor associated with Crude MCHM, the chemical that shut down water for 300,000 people last month after it spilled into a West Virginia river.

Several teachers reported to Sullivan that they had experienced headaches and dizziness after detecting the smell sometime after 8 a.m. Response teams from the West Virginia National Guard and the Kanawha-Charleston Health Department were on site testing the water later on Tuesday.

Students were provided hand sanitizer and bottled water until they were finally sent home at around 12:15 p.m.

A state response team was expected to flush school pipes before allowing students to return. Test results were not available as of Monday evening.