Will Ferrell's Facebook followers don't want to 'get covered,' they want him to 'get f*cked' 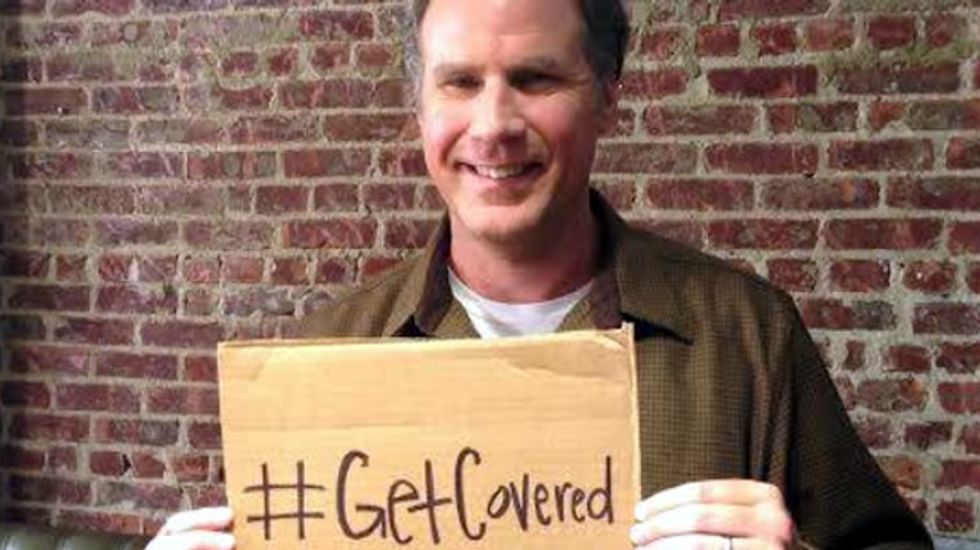 On Tuesday, actor Will Ferrell took to Facebook to encourage his followers to "get covered," only to be met by a barrage of unhinged conservative backlash.

His original post features a link to Healthcare.gov and admonishes his followers to "put some clothes on": 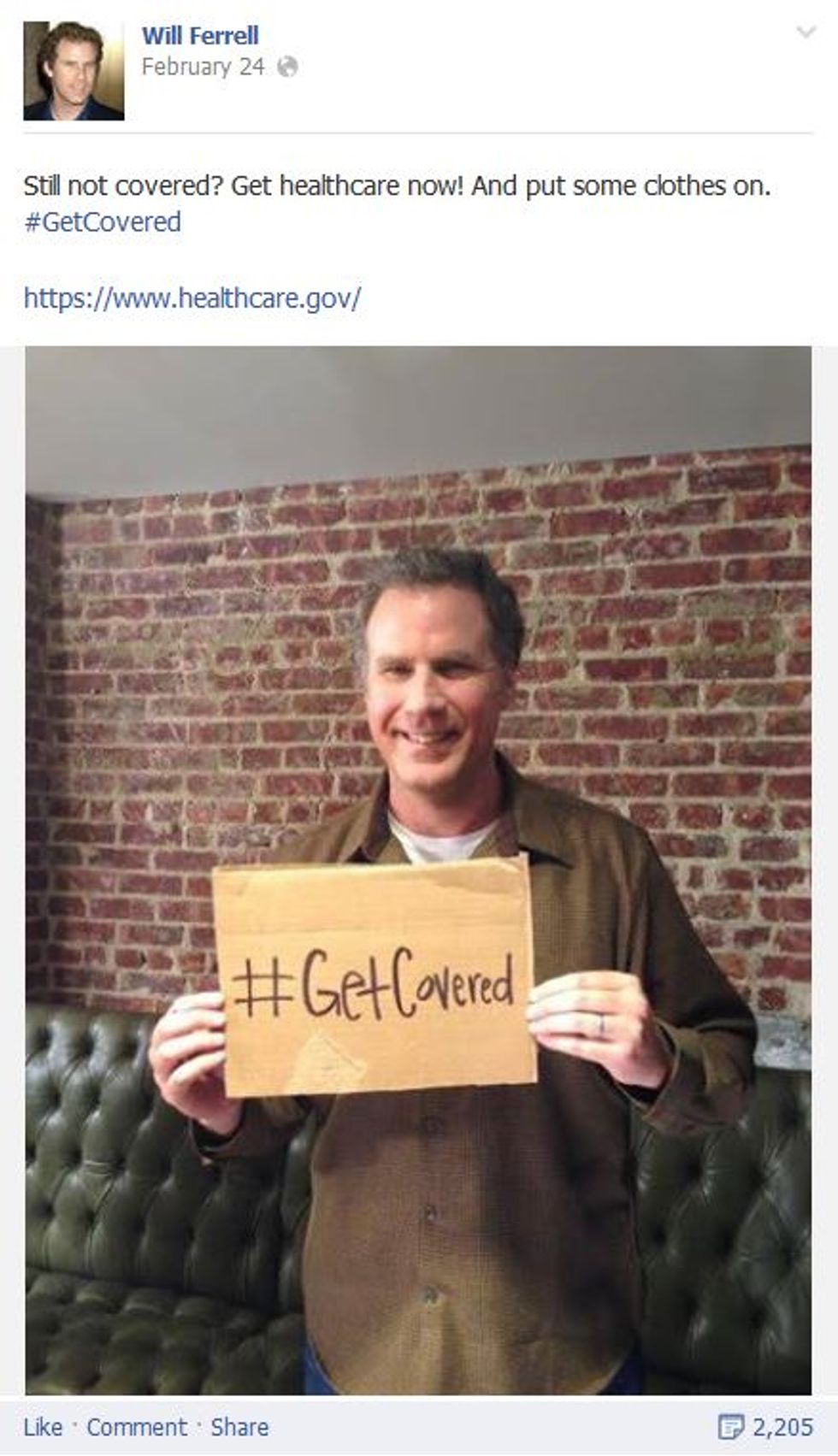 Some of his followers expressed their disagreement with him in a manner that was both polite and topical:

Most, however, simply disagreed: 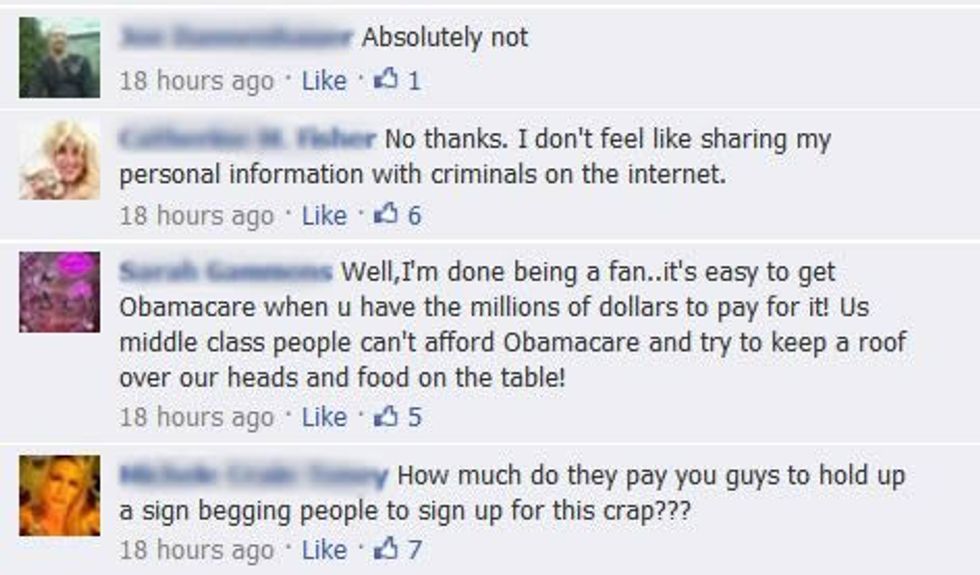 Ferrell, it seems, has the "millions of dollars" required to sign up for Obamacare, but is also so broke that he must go, hat in hand, to the Obama Administration's Celebrity Czar and beg for handouts with a cardboard sign. But not before he does two more things:

Once Ferrell was safely ensconced on the "wrong side of History" with all of his followers' guns and a fair amount of crack, it was safe for them to be topical again: 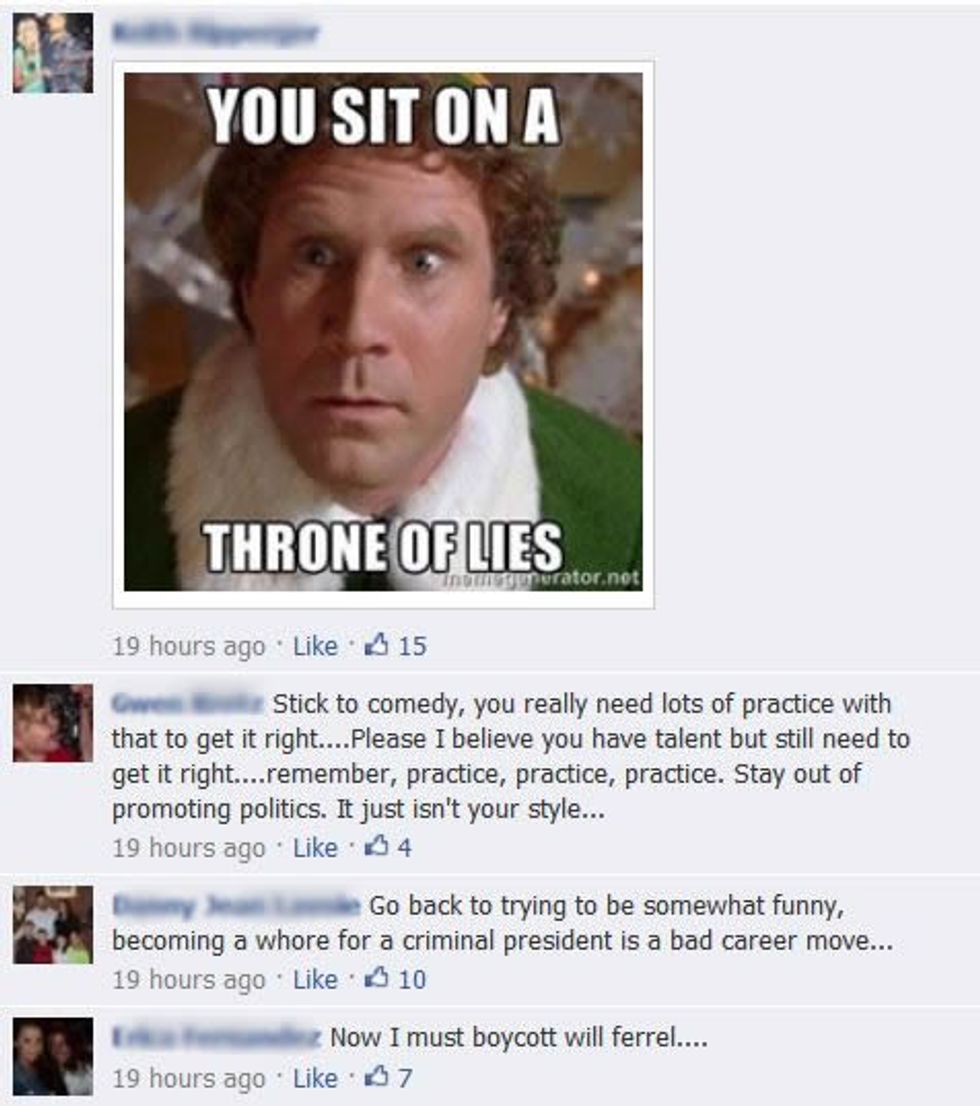 At least for one comment. No doubt, though, Ferrell appreciated the career advice before crying many manly tears at news that someone, somewhere out there had reluctantly decided to boycott his films. Then it started getting really ugly: 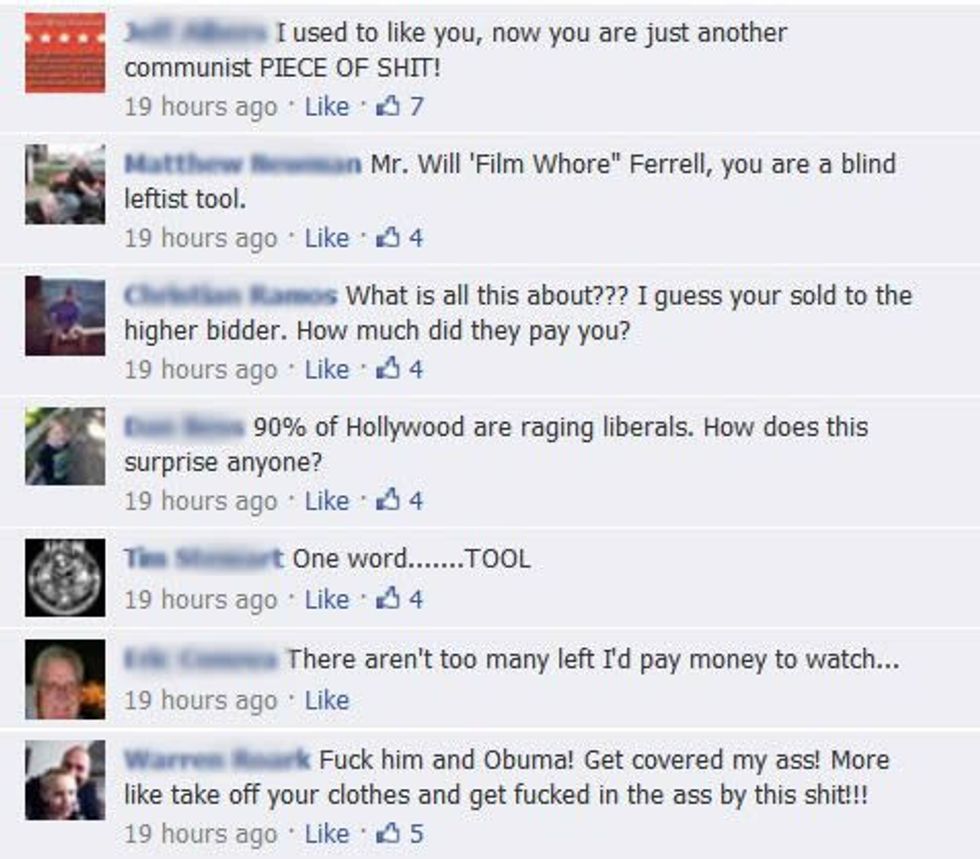 The nicest thing anyone had to say about him, it seems, is that he was a "flop": 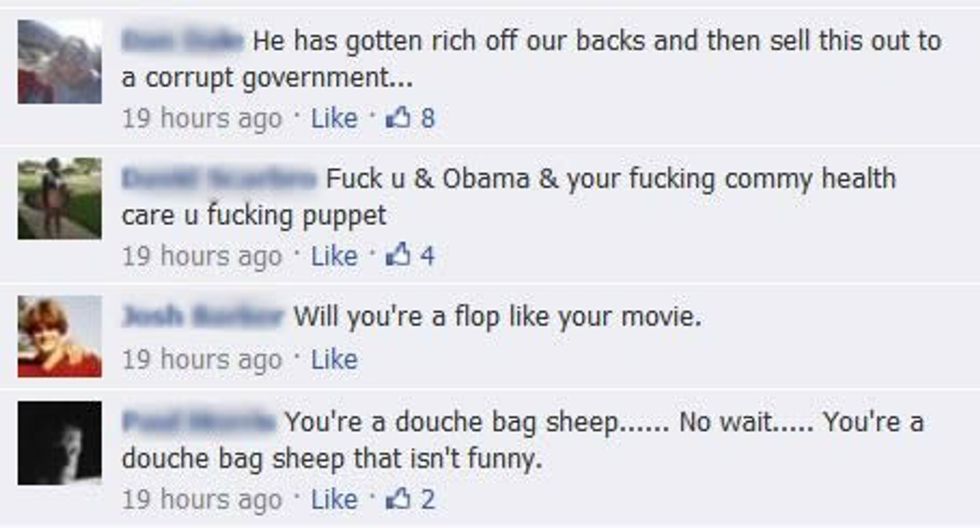 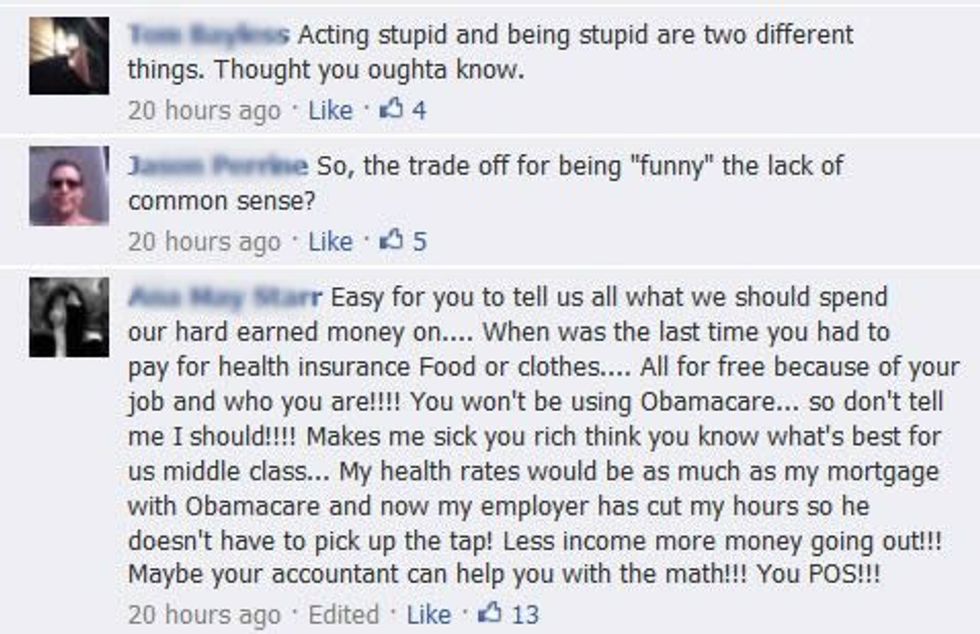 If they're calling him "Mr Business Bad Man!!!" we can only assume they've come around, right?

Never mind, the world makes sense again. Besides, it's not even Ferrell who posted that image on his own Facebook wall:

It's a Photoshop job! Just look at the kerning!

We're sure his conservative followers are happy to know that they need not burn their cherished copies of A Night at the Roxbury.