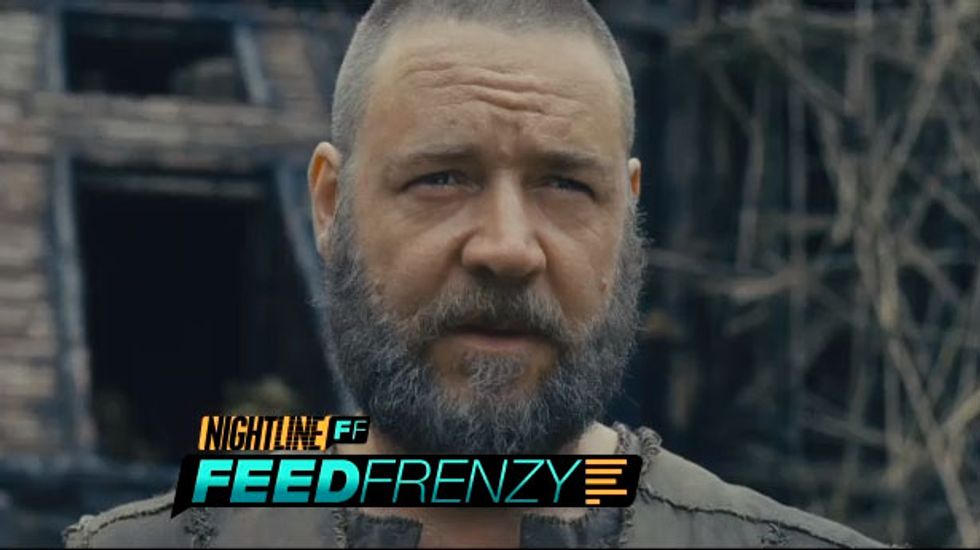 Russell Crowe has hit out at critics of controversial biblical epic Noah, many of whom he says have attacked the film before even seeing it.

The New Zealand-born actor praised the pope for agreeing earlier this month to meet a delegation from the film, including himself and director Darren Aronofsky, despite the controversies that have raged around the film's loose interpretation of the story told in Genesis. Speaking yesterday on the Good Morning America show in the US, he said: "We've had probably over a year now of very harsh criticism from a bunch of people who have put their name and stamp on an opinion that's not even based on the movie or seeing the movie, just an assumption of what it could be or how bad it could be or how wrong it could be in their eyes, which I think quite frankly is bordering on absolute stupidity. Because now, I think, people are seeing the movie and they're realising how respectful it is and how potent it is."

Crowe said Aronofsky's film created vital discussion of a number of themes surrounding its core story. "You come out of this movie and you want to talk … about our stewardship of the earth, our relationship to animals, what is spirituality, who am I in this world - all these fantastic subjects for conversation," he said, adding: "Art that can do that for people is a wonderful thing."

Of his meeting with Pope Francis, Crowe said: "I think considering the controversy around this movie, it would have been so easy for the Vatican to rescind that invitation and just let it be that way, but the kindness to actually let the invitation stand, I thought it was just so consistent with who he's been."

Noah has been in the spotlight ever since October, when studio reportedly Paramount screened the film for Christian audiences and received a negative reaction. Executives had apparently been hoping for a successor to Mel Gibson's The Passion of the Christ, which took $611m worldwide in 2004 after US evangelicals flocked to see it. Aronofsky's film, by contrast, views the famous flood story from an environmental perspective and features a segment showing how Darwinian evolution has transformed amoebas into apes.

Yet Aronofsky, director of the Oscar-winning psychological drama Black Swan, revealed in February that he had won a battle with Paramount to screen his own version of Noah in cinemas after around half a dozen alternate cuts also failed to find traction with evangelical filmgoers. The studio had reportedly been so desperate to court Christian audiences in the US that it tested one version that opened with a montage of religious images and ended with a Christian rock song.

Paramount now appears to have given up on its efforts to market Noah to Christians, with the studio issuing a statement in February making clear that the movie is not intended as a direct translation of the bible story. The film has also been banned across large swaths of the Middle East and parts of north Africa for contravening Islamic rules on the depiction of prophets.

Aronofsky's film, starring Crowe, Jennifer Connelly, Emma Watson and Ray Winstone, hits the US this weekend, with UK cinemas to follow on 4 April.

• Watch the trailer for Noah