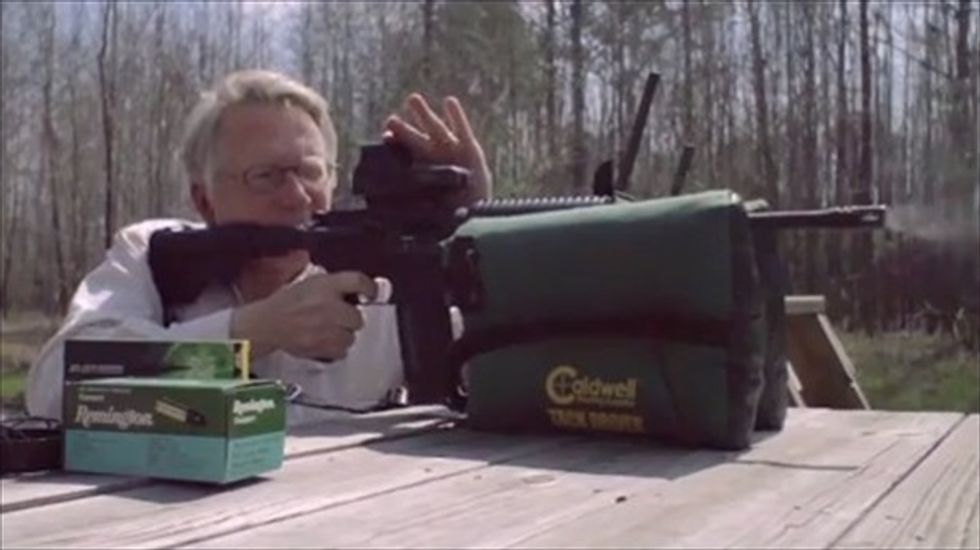 BIRMINGHAM, Alabama (Reuters) - A congressional candidate in Alabama is taking aim - literally - at the federal statute known as Obamacare in a new campaign advertisement in which he fires rounds from several weapons into a paper copy of the healthcare reform law.

Will Brooke, a Birmingham businessman, is one of seven Republican candidates seeking to replace U.S. Representative Spencer Bachus, who is retiring.

In the video, released on Wednesday, Brooke loads a thick stack of papers into a target and then fires multiple rounds from a pistol, rifle and AR-15 assault rifle at it. None of the bullets manage to destroy the copy of the Affordable Care Act, Democratic President Barack Obama's signature healthcare law.

"Well we had some fun and knocked some holes in it, but we didn't quite get the job done," Brooke said in the ad. "Looks like we'll have to resort to more extreme measures to get rid of Obamacare and replace it with a market-based solution."

The candidate then loads the stack into a wood chipper to shred the pages in the video's final scene.

Brooke hopes to get some attention by having fun with a serious subject, he said in a statement, vowing to fight the law that he said has caused insurance premiums in Alabama to rise and resulted in thousands of residents losing their health coverage.

The Alabama Democratic Party did not respond immediately to calls for comment on the ad.

Watch the ad for Brooke's campaign, as posted online on Wednesday, below.