Bill Maher hammers hawkish Bill Kristol: 'Have you ever met a war you didn't love?' 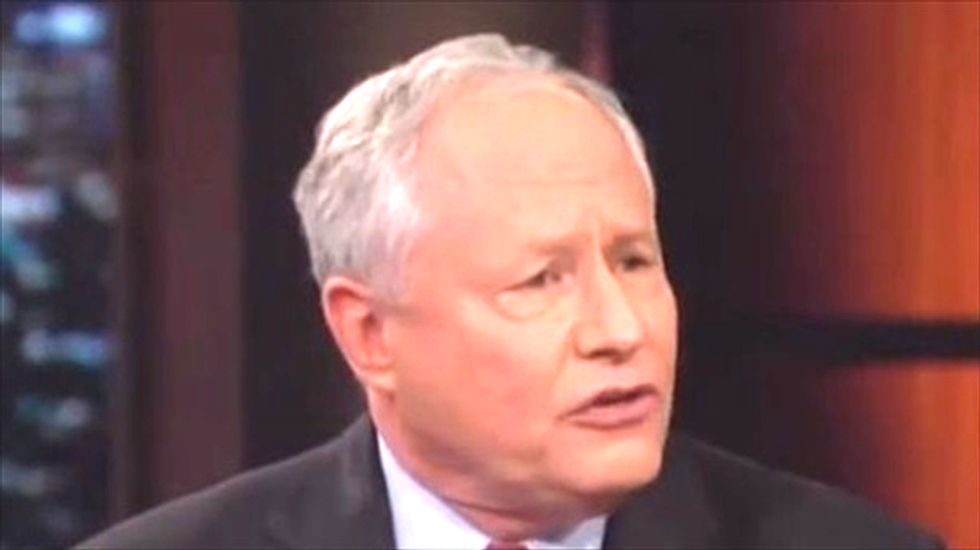 Bill Maher and Fox News contributor Bill Kristol argued over the consequences of U.S. miltary intervention in a time when the Pentagon is proposing budgetary cuts on Real Time on Friday, with Maher pressing Kristol on his history of supporting armed responses.

"Have you ever met a war you didn't love?" Maher asked with a tone of exasperation. "I'm asking, is there any place you don't want to intervene in?"

"I supported recent American presidents of both parties, yes, in interventions," Kristol answered. "In Bosnia, where we saved a lot of lives. In Afghanistan, where we responded to 9-11 -- where we made a mistake of pulling out before that. And in Iraq, where we removed a dictator. Yes, I supported all of those."

"You did make some bad predictions about Iraq," Maher pressed, which Kristol conceded.

"You said we would be vindicated when we discovered the weapons of mass destruction," Maher continued. "You said very few wars in American history were prepared better; you said it's pop psychology that somehow the Shia can't get along with the Sunni."

"Well, I think I was right about that, ultimately," Kristol replied, arguing that the hostilities between both Iraqi factions did not intensify until after U.S. troops began to withdraw from the area.

Both Maher and panelist and University of Chicago Economics professor Austan Goolsbee argued in favor of the recent round of Pentagon cuts, which would reduce the Army to its smallest size since World War II, with Goolsbee arguing that the military must reorganize itself to deal with a post-Cold War world.

"That was a witty and convincing response," Kristol said mockingly.

"It is a convincing reponse," Maher said, to which Kristol snapped, "It is not, it's ludicrous."

"It's ludicrous because we should have as many horses?" Maher cracked.